Why the Andrews legislation is all about suicide 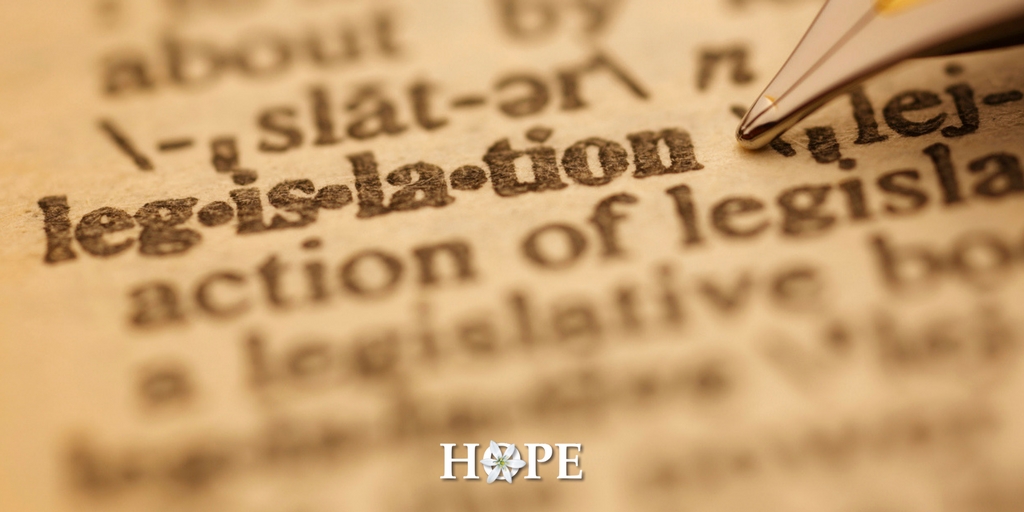 It’s difficult to talk about suicide. There won’t be a person reading this who hasn’t been touched by a suicide tragedy in some way.

As a society, we’re learning slowly to talk about it; to keep a caring eye out for friends and loved ones and to ask: R U OK?

Yet a recent editorial in The Age suggests that, by the numbers alone, public policy on dealing with what is clearly a national problem is not gaining any ground. In fact, the numbers seem to be getting worse.

So, what’s this got to do with the coming Victorian bill supported by Premier Daniel Andrews?

Part of the emotional sales pitch repeated ad nauseum about why Victoria needs this legislation came from a submission and verbal evidence given to the Upper House Parliamentary Committee looking into euthanasia and assisted suicide in 2016 by the Victorian Coroner, John Olle and his colleagues.

Olle’s evidence before the committee focussed on the Coronial data of suicides by people who they defined as people ‘with ‘irreversible decline’, so terminal disease; death was foreseeable; incurable, chronic disease but death not imminent; permanent physical incapacity and pain. But the cohort did not include mental ill health or feared imminent decline.’ The cohort amounted to about 50 cases per year. A very sad statistic.

Following questioning, Olle said, in respect to this cohort: “They are determined. The only assistance that could be offered is to meet their wishes, not to prolong their life.”

Reviewing the details submitted later by the Coroner’s office it would seem that only something like a little over half of this number might have qualified for assisted suicide or euthanasia under the scheme proposed by Andrew’s Ministerial Advisory Panel, inviting the question: what do we do about the rest?

Yet Olle’s counsel remains inescapably a matter of offering suicide (under the proposed law) as a form of suicide prevention.

That reflects the testimony of many of my friends and colleagues in the disability community in respect to assisted suicide laws. As an Irish paraplegic friend, Kevin, testified a few years ago, instead of his doctor putting in place suicide prevention strategies when he was ‘feeling low’ he would say, ‘I understand, you’ve had a hard life. I wouldn’t want to go on if my life was like that.’ This is not an uncommon experience.

We need suicide prevention organisations and national strategies, but they have to be for everyone –including people living with disability and those who have a terminal illness. As British actress and Disability Activist, Liz Carr told the Victorian Parliament a few months ago, the distinction between the two is very often blurred.

But the model proposed by Daniel Andrews’ panel actually discriminates against those who might qualify for assisted suicide or euthanasia. Just because a person ticks all the boxes should not mean that they are treated any differently, but they will be. Suicide enabling rather than prevention.

Right now, absent Andrews’ Bill, if such a person were to ask for suicide or euthanasia there’s a pause created by the current law that prohibits anyone from actively supporting someone to commit suicide. Instead, medical professionals will work their craft seeking to ameliorate the concerns and to deal with the very real issues. Palliative care specialists tell me that their patients rarely talk about wanting suicide. Even when they do, very few ever sustain that thinking over time. But we should not discount the problem because of numbers.

Should Daniel Andrews get his way and once the law is available, the response of the doctor to these cris de coeur changes. Whereas, in a palliative context, requests may currently be rare, six months away from death or even 12 months as the model allows, such thoughts may be more common; particularly in the weeks and months after diagnosis.

Upon request, the doctor will then begin a process that will lead to a prescription for a lethal substance.

To be sure, many doctors will still seek to deflect, reassure and to otherwise counsel a patient against such an action. Many, but not all. But the very knowledge of the existence of a legal pathway to suicide and euthanasia is just as likely to inwardly encourage a patient to persist with the request or possibly even plant the thought to ask, knowing that they have a ‘right’ to do so.

Some public figures and euthanasia advocates have sought to obfuscate on this question, trying to create a false disconnect between suicide as we generally perceive it and suicidal ideation amongst those who have a life limiting illness. But think: we currently treat a desire for suicide as a cry for help. We act to support the person, to help them past their darkest moments no matter whether they are ill or not. Suicide is suicide; calling it something else changes nothing. There will become a difference after a bill is passed but it will be a difference in treatment and not in substance.

Coroner Olle’s assertion is that, for some, support is not there or it is ignored, creating his sad statistics. True. Sad as it is, not all interventions work. We may wish for, and rightly work for, zero suicides, but we know that this is likely never to eventuate. Prior to the Oregon law, advocates boldly asserted that access to assisted suicide would reduce suicide; it hasn’t.

Some argue that the presence of pain and suffering in a life-limiting illness somehow justifies accepting and supporting suicidal thoughts and actions, making it somehow different from other suicides. The context may be different but the outcome is identical.

But the data from Oregon over 20 years shows that pain is not a major issue in why people chose to die by assisted suicide. In fact, inadequate pain control or concern about it was only raised by 26.3% of those who accessed the law; even then, that category did not mean that these people were actually in pain. Greater concerns, by far, included loss of autonomy, being less able to engage in activities making life enjoyable, loss of dignity and being a burden to family, friends and carers. Important considerations, certainly, but not what most people will think of when the subject of assisted suicide or euthanasia is brought to mind.

Many, including Premier Andrews, seem to think that his law will be about a ‘last resort’ option; when all else perhaps fails and when people are experiencing pain very near the end. It’s an easy way to market the product but it is clearly not necessarily the case. What appears to be happening in Oregon is that people are exiting earlier in the progress of their disease out of fear of loss of autonomy, function and dignity when there may be little pain and discomfort. The data from the Netherlands and Belgium suggests that increasingly euthanasia is being seen as an ‘early intervention’. These fears are real. But suicide prevention and good pastoral medical practice can deal with all of this in far less drastic forms of intervention. Take away the brake that the current prohibition provides and a natural and very human intervention is lost.

People will say that the certification by two doctors and the possibility of referral to a psychiatrist or psychologist will pick up problems such as depression and mental illness. Intervention of a mental health professional was mandated in the Northern Territory during its short-lived law. David Kissane’s investigation showed that people successfully masked underlying mental health problems, hid past history and simply got around what was supposed to be a protective mechanism.

Doctors will struggle to identify every patient with such difficulties. A study in Oregon showed that only 6% of psychiatrists were very confident that in a single evaluation they could adequately determine whether a psychiatric disorder was impairing the judgment of a patient requesting assisted suicide. Will two doctors with little or no psychiatric training fare any better?

These supposed ‘safeguards’ will pick up extreme cases, but as Kissane showed, the system is far from safe or foolproof.

There is a cohort evident in the Oregon data of people who gain the lethal prescription but who die naturally without using the dose. The argument made by those supporting the Andrews legislation is that the fact that a person holds the means (the dose) to exit sometimes has a calming effect. This is no doubt true to some degree when you consider that the predominant reasons cited for accessing the law talk about a sense of control.

Some go so far as to claim that this is, therefore, a form of suicide prevention or an extreme form of palliation. Strange that the usual suicide prevention approaches are disregarded or made null by the existence of a suicide law and yet the provision of a suicide dose becomes its replacement. That’s like coaxing someone away from the precipice and sending them home with a loaded gun. Yes, it may restore a sense of control; but once again, there are other, less drastic ways of achieving the same outcome.

The promotion of this idea that gaining access is somehow palliative is insidious. One can easily imagine a relative – maybe even a doctor – suggesting to a sick person that, even if you don’t want it now, why not get the lethal dose ‘just in case’ because ‘you never know’.

But the cruellest of hoaxes is the idea that the people who will suicide under such a scheme will be making voluntary decisions with full capacity. There’s no guarantee. It really is an aspirational if not entirely utopian assertion.

Putting aside the fact that a request to be made dead is currently dealt with by suicide prevention; putting further aside the reality that coercion and depression may be subtle and difficult to detect and even accepting, momentarily, that a request for suicide may somehow not be an indicator of suicidal thoughts, there’s still the question about the time of the suicide itself.

In Oregon, few people who take the legal suicide route die in the presence of their doctor. Just like in the Victorian model, a person is dispensed the lethal dose to keep at home. There is no way of telling whether or not someone else forced or cajoled the person into swallowing the dose and no way of telling whether the person made a voluntary decision with full capacity. Who knows, at the time of death, whether they simply had a ‘down day’ or maybe an argument with a loved one or some other of the many difficulties of life that, in the absence of a lethal dose, might have been just a little better the next day? No-one will ever know.

No matter what euphemisms or sales pitches are put about, this issue is about suicide and the Andrews’ bill will be state sanctioned suicide. It will also be an act of abandonment; a counsel of despair for those in critical need.

If reading this article causes you any difficulty, ring LifeLine on 13 11 14.