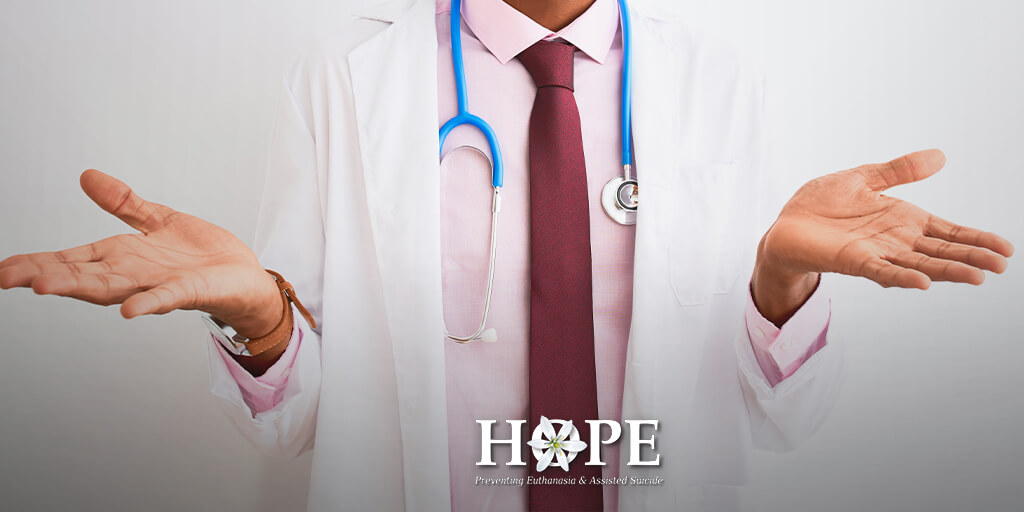 Euthanasia advocates make all the promises in the world about palliative care when they are trying to sell euthanasia and assisted suicide laws to the people.

“It’s about choice at the end of life,” they say.  “It isn’t supposed to replace palliative care,” they argue, “just provide an option when palliative care doesn’t work.  The two aren’t in competition, they are complementary.”

But it is all smoke and mirrors.

Victoria legalised euthanasia and assisted suicide in 2017, but statistics released by the Australian Institute of Health and Welfare this week show its woeful record on Medicare-subsidised palliative care services since that time.

Victoria is well below the national average in terms of the number of palliative care visits provided.  Across Australia, there is an average of 316.4 Medicare-subsidised palliative medicine attendances per 100,000 people; in Victoria, this is just 234.6.

While Victoria might want to boast about leading the nation in terms of end of life choices, the data reveals that real end of life choices are not being offered to Victorians.  If they were, there would be more people receiving subsidised palliative care.  If Victoria is truly a leader, why is it lagging behind the rest of the nation?

Even if palliative services are being provided in other ways and under other Medicare codes, the gap between Victoria and the rest of the nation is difficult to explain other than a lack of commitment to palliative care.

The lack of commitment is consistent with Victoria’s record on providing palliative care.

As HOPE has reported previously, of the 49 recommendations made in Victoria’s inquiry into end of life choices which gave rise to the euthanasia regime, 30 related to the improvement of palliative care funding and access.  Palliative Care Victoria requested an additional $65 million per annum to implement the recommendations, however, the Victorian government’s initially provided no additional funding, and then committed to less than 20% of what was needed, promising just $62 million over a 5-year period instead.

The Australian Institute of Health and Welfare statistics are further evidence of what we already know: introducing euthanasia and assisted suicide laws have nothing to do with “choice.”