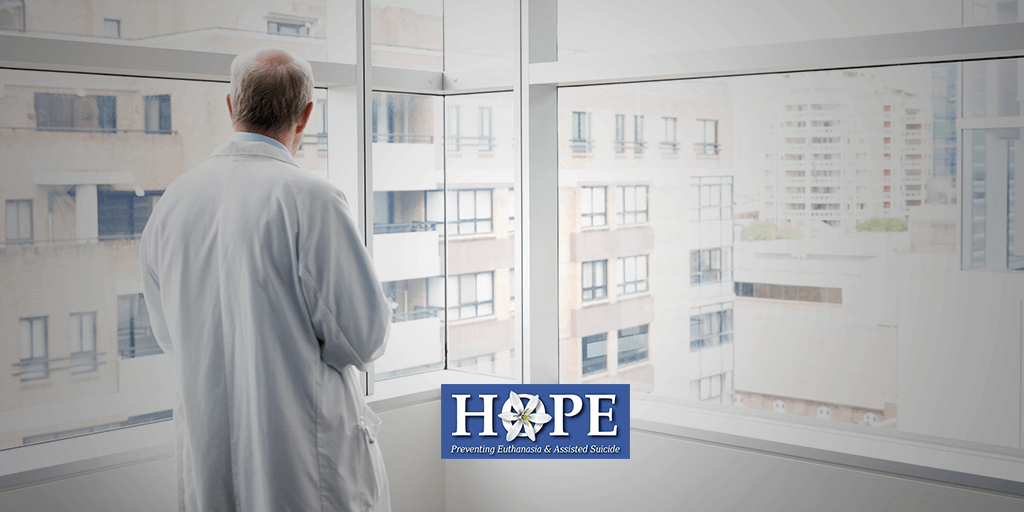 The second report in as many months has confirmed that a reluctance from doctors and other medical professionals to speak with their patients about death and dying makes it more likely that patients nearing the end of life will receive “unnecessary, aggressive treatment.”

Conversely, those who are identified early as being in their last year of life receive better care, improving the end-of-life experience.

The UK Royal College of Physicians report details the benefits of early introduction of palliative care and advance care planning in a patient’s treatment, including that it can:

Alarmingly, however, the report also confirms that only 4% of patients in the UK “had documented evidence of any sort of advance care plan or discussion of their preferences prior to admission to hospital.”

The same is true in Australia.

The recent West Australian government report into so-called “end of life choices,” which is being used to advocate for euthanasia and assisted suicide in that state, also heard evidence about the need for honest and early conversations about death and dying.

“When both the doctor and the patient avoid the reality of death, the result can be a prolonged, distressing, agitated, fearful, lonely death, on a hospital bed, entangled in tubes, instead of in the embrace of a loving family.”

On the basis of Professor Bridge’s evidence, and the evidence of others, the report stated:

“Inherently, as a society, we do not like to talk about death – this includes the medical profession… The committee consistently heard from health professionals that access to specialist palliative care in the early stages of a diagnosis might improve ‘quality of life, mood, coping ability, symptom management and death in the preferred place of choice’.”

As a result, one of the key findings of the WA committee was that “access to specialist palliative care in the early stages of a diagnosis might improve remaining quality of life, mood, resilience, symptom management and allow for death in the patient’s preferred location,” and that “these benefits would be more readily available to patients if difficult discussions about death and dying took place earlier.”

If its own report found that doctors and other medical professionals currently aren’t equipped or confident to talk about the natural process of death and dying, why would the WA government suggest that they should be responsible for having conversations about the unnatural process of dying by prescribed lethal drugs or a lethal injection?

If its own report found that early access to specialist palliative care can improve quality of life, mood, resilience and symptom management, why is the WA government not investing in both palliative care and doctor training?

West Australians deserve better than this.