Zoom – the future of euthanasia? 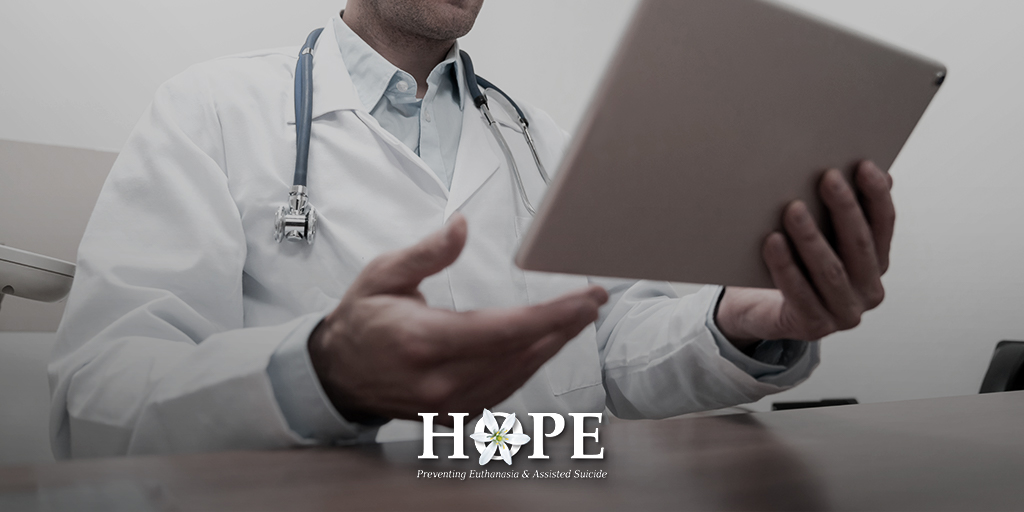 In the United States, news has emerged of the growing industry of “assisted suicide by Skype”, with many patients being assessed online by doctors who have never met them or examined them in person. This practice has accelerated in the time that Coronavirus restrictions have been in place.

One doctor based in Washington has stated that she sees 90% of her patients online, and she doesn’t see any problem with doing so:

“I can get a great deal of information for how close a patient is to death from a Skype visit. I don’t feel badly at all that I don’t have a stethoscope on their chest.”

A pro-euthanasia article in the Conversation goes on to outline the process for online consultations:

“After the initial visit, whether in person or online, aid-in-dying physicians carefully collate their prognosis with the patient’s prior medical records and lab tests. Some also consult the patient’s primary physician.”

The article is very revealing however about what is happening in practice, even as it attempts to put a positive spin on the situation. As commentator Wesley J Smith points out, only ‘some’ physicians also consult the person’s primary physician:

“That also means some don’t.  And that means some people are assisted in suicide by doctors they have never met in the flesh and who have never examined them.”

“This is a breach of all the assuring promises that were made when assisted suicide was legalised. But those promises were never meant to be kept. Only to give false assurance.”

“It is amazing to me how legalising assisted suicide transforms people’s thinking. Making people dead quickly becomes the overriding imperative and suicide prevention for the seriously ill goes into total eclipse. The easier it is to get people dead, the better.”

The risks in assessing people for assisted suicide remotely are very real.  In Australia, euthanasia and assisted suicide by telehealth is prohibited by Commonwealth Criminal Law.  This legal prohibition recognises the inherent risks in counselling a person to suicide over the phone or via the internet.

Despite this legal prohibition, the West Australian euthanasia and assisted suicide law, and the Tasmanian bill each provide for doctors to consult via some audiovisual communication method rather than seeing a patient in person.

Jurisdictions that allow such practices are putting vulnerable terminally ill patients at grave risk of wrongful death.  They should be reviewing their laws immediately to stop further exploitation of the vulnerable in their communities.