Belgian Euthanasia Commission is on the slippery slope

85 Belgians professionals involved in end-of-life care recently published this log of problems with the Belgian Euthanasia Commission. (First published in The Standard newspaper and also at the Euthanasie Stop website)

The conclusion is clear: the slippery slope is also evident in the work to this commission: 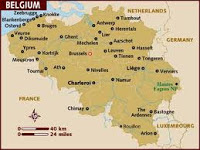 The Federal Commission for the Control and Evaluation of Euthanasia ('La Commission fédérale de ContrÃ´le et d'évaluation de l'Euthanasie'; CFCEE) recently published its biannual report. Here we shall take the liberty of offering some criticism.

Can we still ask questions?

In recent years; anyone criticising an aspect of the practice of euthanasia is generally accused of being fundamentally against it. For our part, we don't object to the principle against euthanasia, but we think that it has become a taboo in Belgium to even mention the problems related to its practice, and this development worries us. Here we will present just three problems, with the objective of stimulating a constructive debate with all those that are open to it.

The CFCEE's reports only reflect the officially reported instances of euthanasia. According to the Commission, 1.8% of all deaths which occurred in Belgium in the 2014-15 period were due to euthanasia.

However, according to the research group 'Zorg Rond het Levenseinde' (ZRL) ("End of Life"), a partnership between VUB and UGent, in 2013 euthanasia already represented 4.6% of all deaths in Flanders alone. The lower rate in French-Speaking Belgium has certainly had the effect of lowering the national percentage. These studies are only estimates (the credible interval applied in this study was 95%, indicating at least 3%), but you could equally conclude that one case of euthanasia in three wasn't reported! According to ZRL's study, this can be explained in the large part by the fact that doctors themselves don't classify cases before them as euthanasia. Often, it is an act of sedation, requested by the patient to the doctor, but really with the intention to shorten their life.

Such cases should fall under the law decriminalising euthanasia.

Since the ZRL group's studies are published in reference medical journals, it is disappointing to read that the Commission can't evaluate the proportion of the number of reported euthanasia cases compared to the number of cases of euthanasia actually carried out.

It is of course not the Commission's fault that so many doctors aren't reporting cases of euthanasia, but what is unintelligible is that the Commission does not condemn this. In its information brochure, the Commission did not mention that when high doses of morphine and sedatives are administered at the patient's request in order to shorten their lives, this constitutes euthanasia, which must be reported. However, in reality, such reporting hardly ever occurs. More and more doctors are also openly making it known that they refuse to report euthanasia. If doctors do not fulfil their obligation to fill in an official declaration, serious monitoring of the practice of euthanasia is impossible. Again, it is up to the Commission to condemn this. It is also disgraceful that Belgian legislation does not provide for sanctions in the case of doctors not reporting these instances.

Is the second doctor independent?

Another problem concerns the quality of registration documents.

One in four reports is clearly incomplete. And yet the Commission states that "the quality of the registration documents has been improved significantly since the previous report". We must therefore wonder what the 'quality' level was in the past. There is also the question of whether the registration document is clear enough to ensure that a large number of doctors are willing to complete it seriously.

The registration document in the Netherlands is much better in several respects. The doctor is not anonymous, for example, and the opinions of the medical advisors must be attached. In Belgium however, it suffices for the doctor carrying out the euthanasia to themselves draw up a summary of the opinions given by the medical advisors, who will therefore remain anonymous.

It was because of this anonymity, held dear by Belgium, that there was at least one case of euthanasia in which the practicing doctor and the doctor consulted for advice were brothers (one of whom is also a member of the Commission). This was revealed by a judgement by the Louvain Court of First Instance (DS 30th June and DS 8th July). Nevertheless, the Commission approved this case of euthanasia, which was clearly illegal (the second doctor having to be independent regarding to the first one, and in this case, there was a family link (brothers) between the two doctors). In the Netherlands, such a situation would not have gone unnoticed.

The Commission as a Court

The role that the Commission grants itself is also problematic. The Commission states that "in some cases, one or another of the procedural requirements isn't duly respected, but the Commission approved it anyway, after being fully assured that essential substantive conditions of the law had been properly adhered to".

From reading this, one cannot dispense with the idea that the Commission sometimes gives itself the rights of a 'court': As such, it approves cases of euthanasia in which one or more procedural requirements haven't been satisfied, since in its opinion, the 'essential' conditions have been respected.

Yet the law gave the Commission the task of examining if the 'conditions' specified by the law on euthanasia were fulfilled, and the legislator makes no distinction between the 'essential substantive conditions' and the other conditions. According to the law, the Commission (with a two thirds majority) transfers the case to a public prosecutor if the legal conditions are not adhered to. The Commission must of course be able to seek clarification from the doctors, to eliminate vagueness and ambiguity which could lead to misinterpretation. But in no case can it rule that the non-respect of certain conditions poses no problem.

Moreover, the Commission has already interpreted the law on various occasions thus acting as a 'legislator'. Here are two examples:

(1) Shortly after the law was adopted, the Commission stated that the law authorised medically assisted suicide, whereas the law in fact provides exclusively for euthanasia, defined as "an act carried out by a third party, which intentionally ends a person's life, at the latter's request"

(2) Recently, it was added to the registration document that the request for euthanasia remains valid for the duration of the time necessary to carry out the act of euthanasia, even if the patient loses consciousness after making the request. This means that, in such a case, at the moment of euthanizing, the doctor can no longer ensure that the patient still wishes to be euthanised.

This element, added to the registration form, is contrary to the rule (which in practise, is always considered as paramount) which states that the patient, up until the last moment, is still able to refuse, and that the doctor is able to obtain this confirmation from the patient. We are not saying that there isn't an argument in favour of these two examples. But what we are challenging however, is that the Commission clearly allowed itself to broaden the scope of the law. We are grateful to the authors of the latest report for their hard work. Nevertheless, the legislator engraved strict conditions in a text of criminal law, and we believe that this report should give rise to a debate on the work which still remains to be done to ensure that this law is respected, and if necessary, adapted.