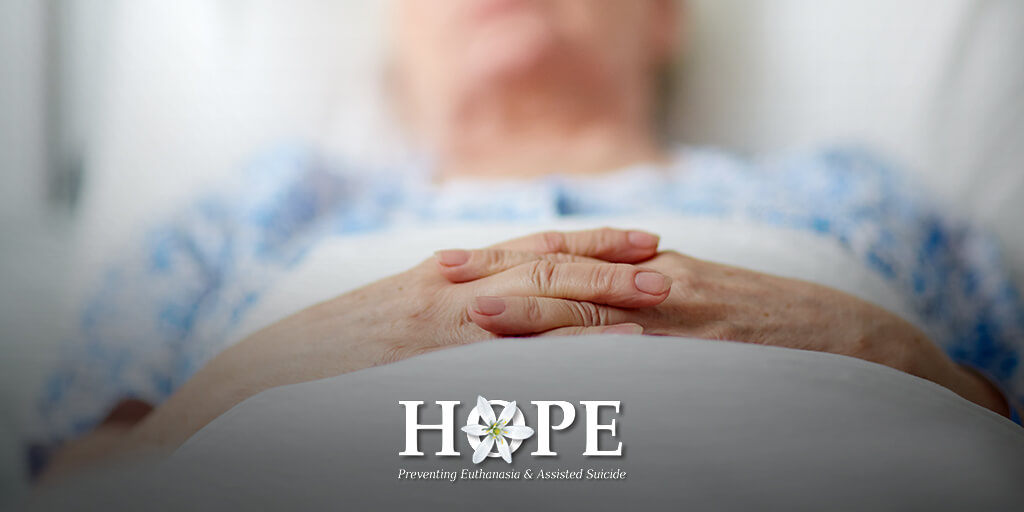 “About a week or two before Mom passed away, her doctor stopped in to check on her. Mom was in some discomfort and the doctor suggested she could quicken the process to end her suffering, alluding to euthanasia. When I came to visit shortly after, Mom told me about the doctor’s visit. She had a look of confusion on her face and was very unsettled. I could just imagine the thoughts that assaulted her mind. Maybe this is too much for the kids?  Maybe they’re tired of caring for me? Maybe I’m just a financial burden to society? Am I safe in this place or do they want to end my life? All very horrible thoughts for someone already so vulnerable and weak. I assured her that none of that was true and left it at that, although I was very angry at the doctor.”

In a recent article, Canadian woman Susie McCann described the effect that a doctor’s suggestion of euthanasia had on her already vulnerable mother.

McCann described her mother as “a woman of great faith” who “would never have considered euthanasia as she believed her life was in God’s hands.”

And yet, her doctor’s influence was so strong that it managed to put in doubt a belief that “wrapped her in peace through a very difficult time.”

McCann’s first-hand tale of the influence a doctor can have on a patient is why the proposed assisted suicide and euthanasia legislation set to be debated and voted upon in the West Australian Legislative Council is so dangerous.

The Voluntary Assisted Dying Bill 2019 dispenses with a key safeguard that is present in the Victorian legislation, which prohibits a doctor from initiating a conversation about euthanasia or assisted suicide with a patient.  This safeguard seeks to protect against what case law has long-recognised: that in a relationship between physician and patient, a relationship of undue influence is presumed to be in existence.  These laws about undue influence are used to wind back decisions of a patient to do things like give a financial gift to their doctor; they have not been tested in terms of euthanasia requests.  Courts cannot undo the damage of euthanasia performed because of undue influence; the person has since passed away.

However, as we know, this type of legislation always puts the vulnerable at risk.  The only way to keep people safe from undue influence and other risks is to not allow state-sanctioned killing in the first place.