Dear Premier: No, we will not get out of the way! 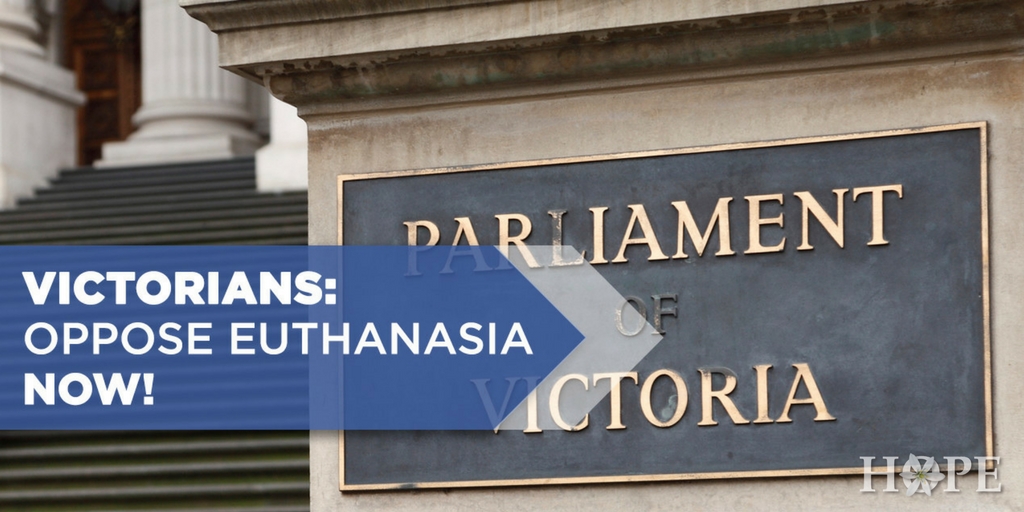 Yesterday, Victorian Premier, Daniel Andrews formally accepted the recommendations of the Ministerial Advisory Panel that he set up in December last year to advance his plans for assisted suicide and euthanasia.

While calling for 'respectful debate' he also told the media that it was "time to get out of the way" of people who wanted a dignified death, later adding, he was moving to help Victorians with "no solution to unbearable pain".

Who precisely should 'get out of the way' is not said; but it is clearly those who oppose this legislation. To join that call to people supposedly seeking a 'dignified death' is an unacceptable association. It is also false.

No, Premier, we won't get out of the way.

We also hear this idea of the law being for people who have 'no solution to unbearable pain' suggested, often, as the law being a 'last resort' option - when all else had failed.

Andrews' assertion is either entirely mischievous or he simply hasn't read his own report. The panel's scheme allows for a patient's death notionally up to 12 months early where there will still be many possible solutions - including possible remission.

The notion that there might be situations of unbearable pain at the end-of-life is worth further discussion. Palliative Care Victoria made it perfectly clear in their submissions to the parliament that this should not be so. In other words, the medical profession and, in particular, palliative medicine, can deal with all pain. That this does not always happen seems to be more about individual circumstances beyond medicine or poor care or lack of services.

Andrews' said yesterday that "What we know is many Victorians are not getting the care they need." Well, whose responsibility is that? No effective increase in funding for palliative care from his government since 2014, 25% of Victorians who die are currently missing out on such services and Palliative Care Victoria calling for an urgent injection of $65M to meet the need sounds to me like some of the poor care issues can be sheeted right home to Andrews' door. This is simply not good enough and sadly tends to support earlier observations that there's an elephant in the room called 'the budget'.

Yesterday on radio I called for the government to drop its euthanasia plans and to properly fund palliative care services and to monitor outcomes over five years. It would take at least that long for the goal of coverage for all Victorians to be reached and for an assessment to be made.

Without access to every Victorian on an equitable basis some people may opt for an early death because of a lack of choice. That would be an indictment upon Andrews and his government.

As Opposition Leader, Matthew Guy pointed out, no-one has a mortgage on compassion. But compassion needs to motivate us to an intention that is ethical, is of benefit and that does no harm. Killing or helping people to suicide never falls into that category.

No, Premier, we are not going to 'get out of the way' and allow your government to put people's lives at risk.