Death in four days is a big risk 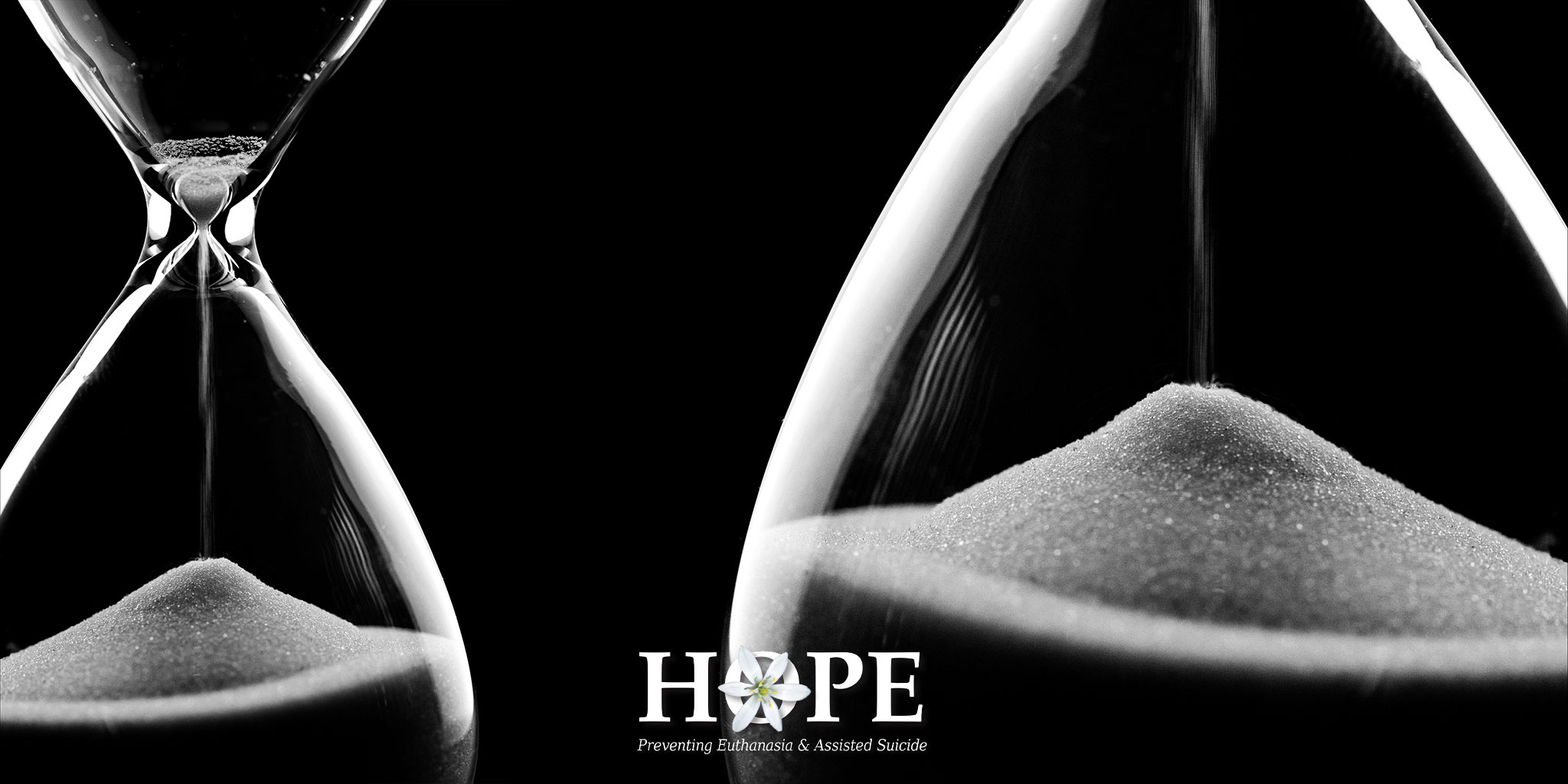 Nine years ago, New Zealand woman Vicki Walsh was diagnosed with terminal brain cancer and told she only had 12 months to live.

She attempted to take her own life, but it didn’t work.

“Had euthanasia been an option then, it is probably one I would have taken, not realising I was actually depressed," she said in an interview with Newshub.  "Do you know what, I woke up the next day and I had the best day. I kept thinking, 'What if you'd done it?'"

She went on to say that had euthanasia have been legal at the time, she believes she "possibly would have felt pressured into doing it” and is now speaking up about her own experience ahead of a crucial public vote on the issue.

While her cancer has progressed, Vicki is hoping that she will still get to cast a vote against euthanasia and assisted suicide in New Zealand’s now delayed referendum, because she knows from personal experience that even having the option of euthanasia can influence people to give up, even when they are not ready to.

A similar message was also given by UK celebrity James Whale this week.  Diagnosed with cancer, he said he considered booking a trip to Switzerland and ending his life.  Whale has since changed his mind.

According to The Mirror:

Initially the CelebrityBig Brother star, 69, admitted he thought about ending his life at Dignitas following the diagnosis two weeks ago.

The talkRADIO star lamented the thought "might as well go and get it over with" crossed his mind at first.

Now the broadcasting star has pledged to fight off the disease to get back to work and he hopes to live to at least 70 on reflection.

For many people who receive a diagnosis of cancer or another terminal illness, a quick death can be the instinctive response.  It is not until they have been afforded the time and the space to come to terms with the news that they are in a position to choose to fight and live.