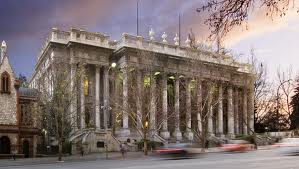 Today a diverse group of disability activists assembled in the South Australian Parliament to deliver a very clear message to politicians about their concerns with the euthanasia legislation currently under debate.

The Voluntary Euthanasia Bill 2016 was tabled by Steph Key MP in February this year. It is the most extreme bill of the thirteen presented thus far in the SA Parliament and would effectively make South Australia the 'Belgium of the south'.

Even accounting for the possibility of 'debate fatigue' on euthanasia, the bill, as presented, is far too extreme for most MPs and would, under normal circumstances, be dispatched by a resounding NO vote.

But these are far from ordinary circumstances. Steph Key has been circulating a raft of amendments to her own bill in order to try to convince a majority in the House of Assembly to allow the bill to pass at the next vote so that these amendments can be debated.

A bit like a perverse form of 'good cop - bad cop' a number of MPs are reportedly swayed by this kind of argument. 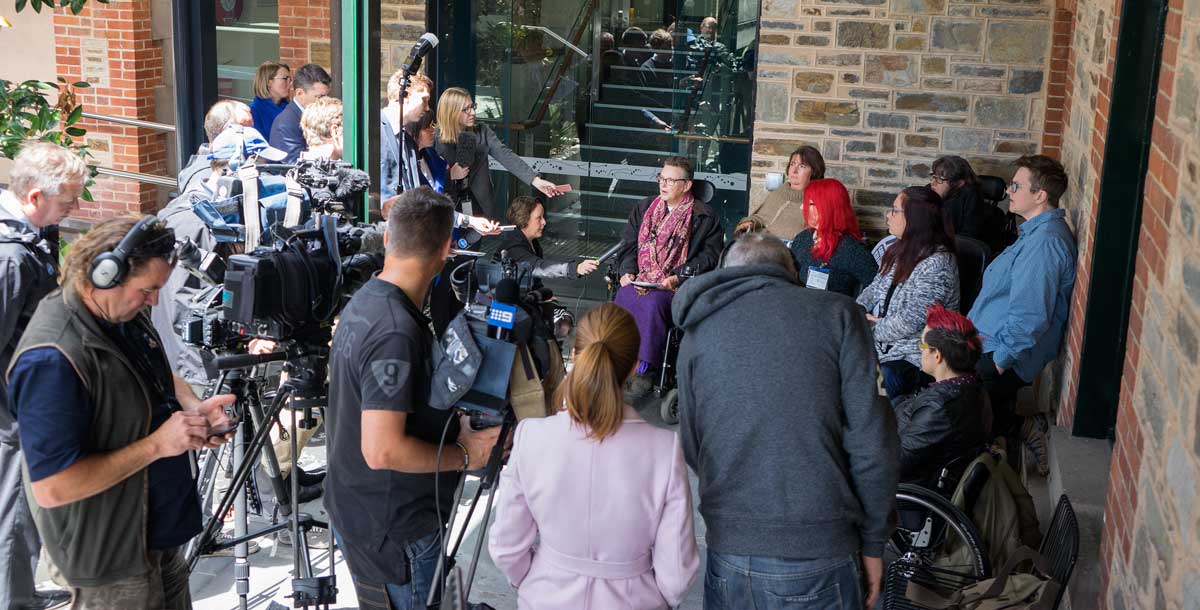 But it doesn't wash with disability advocates. Even though one amendment says that people cannot access euthanasia 'merely - for a disability (however defined)', activists say that it can never be a simple matter of separating disability from medical conditions, leaving this writer to observe that this amendment is really about trying to kill off dissent rather than protecting people. 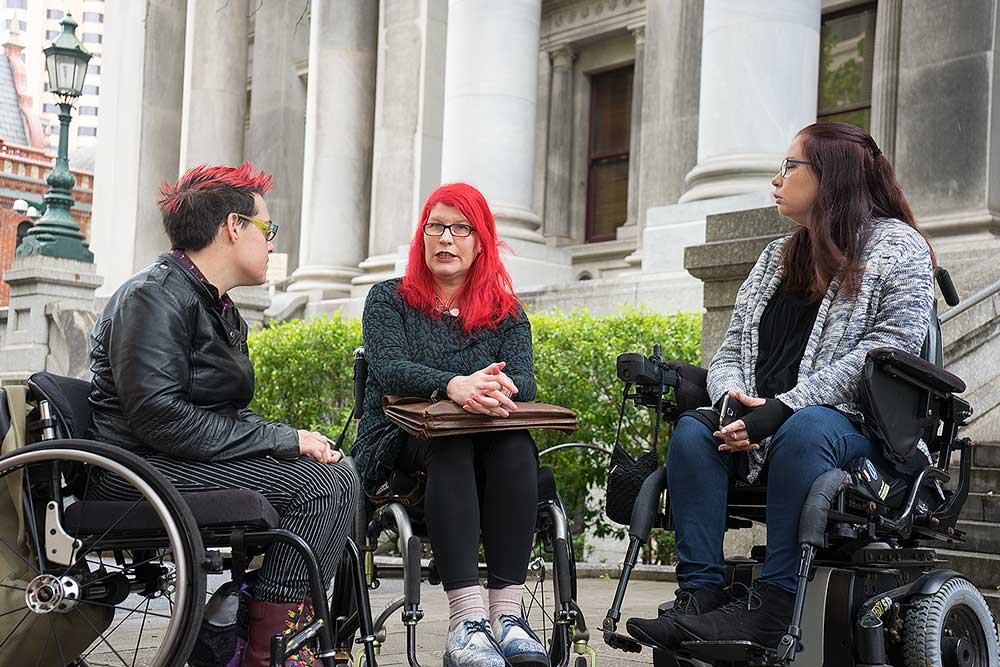 "...as a human rights advocate who works in the disability sector I just don't think we can legislate euthanasia and assisted suicide now because ... most of us live in poverty, half of us live in poverty, our enjoyment of lives are impeded by poverty and poor supports and housing that is inappropriate and abuse and neglect and so we have these awful situations which mean that we're more likely to want to die and then we have the other issue which is that people don't consider that our lives are worth living, we're devalued as people."

Activists were bouyed yesterday by support from across the globe and especially from the UK. Activist, comedian, actress and broadcaster, Liz Carr, delivered a sparkling analysis of the problems with euthanasia and assisted suicide by video ahead of the meeting today in South Australia with the press and with members of parliament.

Opposition has also come today from the Australian Medical Association in the form of a scathing letter delivered to all members of parliament. Claiming that they had not been properly consulted on the 13 pages of amendments, the letter calls the bill: state sanctioned suicide. They note the support of 'nurses and celebrities' for the bill but caution that, because doctors are really the only safeguards, that the bill and the amendments should have been subject to wider consultation.

"The AMA (SA) has significant questions as to the competence of the Bill's drafting - especially in the light of 13 pages of extensive 'late amendments'."

Commenting further on the 'late amendments' the letter observes: "Sweeping last minute amendments without public scrutiny and robust examination are no way to arrive at sound legislation." Adding that "The amendments do not redress the significant flaws of this bill."

The strongly-worded letter closes with a sound rebuke: "We urge members of Parliament not to be caught up in a confected sense of urgency to support a bad Bill. Life and death are too important to deserve any less than a robust and sound policy process. Your time, and the trust of the community, is too valuable for bad bills and legislation on the run."

A few days ago the Financial Services Council said that the bill might be 'unconstitutional' given that it would affect life insurance policy provision because the bill does not allow insurance companies to inquire about euthanasia and assisted suicide before accepting or increasing a policy and the cause of death would be listed as the underlying disease (thereby hiding the facts).

Television personality David Koch entered the fray today supposedly in support of euthanasia but, strangely, arguing the opposite case. Nine MSN says: "TV personality David Koch says legalising voluntary euthanasia would help ease the strain on families facing end-of-life medical decisions for a loved one." So, let's put grandma out of our misery and save money at the same time! Really! TV personalities are not always known for thier acumen, but this is a new low in public broadcasting.

Every public commentator on this issue should watch Liz Carr's video before opening their mouth. Careless comments can be so offensive. But 20 minutes with any of the disability activists in parliament today should convince even the hardest supporter that we cannot create a law that would protect everyone, equally and that, inevitably, some lives will be worth less than others.

By way of example, former disability rights commissioner in Canada, Catherine Frazee, reported in the Ottawa Citizen recently, the story of Archie Rolland. From the article:

"Frazee is concerned that severely disabled people who cannot access the kind of care they need will "choose" assisted death out of desperation, and points to the case of Archie Rolland, a 52-year-old Montreal man with advanced ALS who requested and received assisted death earlier this year.

"Rolland was eligible for assisted death and chose it, but that was because he could not get the care he needed, said Frazee. In a series of emails with a Montreal Gazette reporter, Rolland said he was tired of fighting for compassionate care in his long-term care facility, calling his situation "unbearable."

"What Mr. Rolland wanted was not too much to ask - simple respect and excellent care," she said. "When Archie Rolland could not, after persistent attempts, have what he wanted, he chose assisted death. And that choice was honoured."

The bill may to come to a vote at Second Reading this Thursday (20th of October).