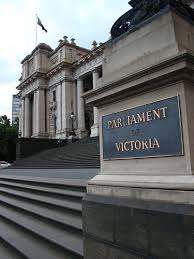 The Victorian Premier, Daniel Andrews MP will respond some time later this week to recommendation 49 of the 'End-of-Life Choices' Victorian Parliamentary report that suggested an assisted suicide regime for Victoria.

Once clearly opposed to euthanasia and assisted suicide, Andrews has conceded more recently that his recent experience of the death of his Father now tells him that, '(Y)ou have to allow those things to (let you)...perhaps take a fresh look at things,' he told The Australian today.

The Australian, continuing its recent barracking for law reform in this area, falsely stated that any Victorian push was 'bolstered' last month by a 'softening' on the issue by the Australian Medical Association. In reality the AMA re-affirmed its longstanding opposition to euthanasia and assisted suicide.

Picking up on this falsehood, The Australian refers to comments by the Victorian Health Minister, Jill Hennesey:

Ms Hennessy said that the shift in stance by the nation's peak medical body showed that the medical community wanted to engage in the debate about providing people with a "better death".

"I think it demonstrates that those who work in the frontline know we are failing many patients when it comes to giving them a dignified death," Ms Hennessy told The Australian.

There should be no doubt that the medical profession want and actively strive for a dignified death for everyone, but euthanasia and assisted suicide are not the answer and may, in fact, create more problems.

This was the clear opinion of two Victorian Palliative Care Specialists who spoke to the ABC today on the AM program:

"We're talking about potentially a major shift in a major new public health intervention," he said.

"There needs to be a suitable evidence base behind it, all the side effects of the proposed intervention need to be assessed, and there needs to be a review of this over time in terms of the resources required to implement it.

"And we don't believe that the proposed model has been through that level of scrutiny."

Professor Hudson pointed to a deeply disturbing irony should Victoria go down this path:

"If this legislation gets through, the proposal is that if somebody requests assisted suicide, they'd be able to access support from two doctors, potentially see a psychiatrist, and also be allocated a case worker, and I think that's really good and really important that those supports are in place," he said.

"However as it currently stands, if somebody has a terminal illness in Australia at the moment, their chances of getting all those supports are very limited.

"So you have a system where, if you elect assisted suicide you're going to be guaranteed certain supports, whereas if you don't, your chances of getting comprehensive, quality palliative care are less than likely."

Calling for better access to Palliative Care for all Victorians was Associate Professor Mark Boughey:

"Over last 50 years, palliative care has been an evolving, developing part of the healthcare system, and really it should be at this stage a standard of care, but at the moment, the standard of care and the referral processes just don't exist," he said.

Professor Hudson said access to high-quality palliative care in Australia was "a lottery" but he said when it was done well, international evidence suggested it brought better outcomes than euthanasia.

"It's less than about 1 per cent of people with a terminal illness will actually desire euthanasia or assisted suicide," he said.

"The overwhelming majority of people with a terminal illness do not elect euthanasia or assisted suicide, even in jurisdictions where this is available.

"That's not to say these people should be ignored â€” they shouldn't be. They should receive compassionate and professional care, but again I think it's this resourcing of palliative care, let's get that right first.

"Let's see what happens to our community if we enable quality palliative care rather than launching in to investing in euthanasia and physician-assisted suicide at this point in time."

The Press statement from the professors set out failures in euthanasia and assisted suicide practice and also set a clear, equitable and compassionate way forward:

"In addition, the Inquiry's model fails to address the commonplace assumption that if a person elects euthanasia and assisted suicide then a peaceful and pain-free death inevitably follows. However, this cannot be guaranteed," said Professor Hudson.

"Evidence in a small number of jurisdictions from overseas where euthanasia and assisted suicide is legal shows that a proportion of patients experience distressing complications such as seizures, failure to induce coma, regurgitation and a longer than anticipated death.

"The experience of death and dying, like birth, can be unpredictable and can't be scripted to the finest detail - no law or medication can achieve this.

"With so many questions left unanswered by the Inquiry's recommendations, our strong opinion is that Victoria's scare health resources would be far more wisely directed to improve palliative care rather than introducing euthanasia and assisted suicide."

"The primary reasons people consider euthanasia and assisted suicide is because they are concerned about unrelieved pain and suffering and being a burden to their family. Investing in more research to relieve suffering, training additional health professionals in palliative care, and devising better strategies to more comprehensively support families and greater public engagement about death, dying and end of life will deliver far more benefit to Victorians and should be given priority before allocating resources to explore the legalisation of euthanasia and assisted suicide," said Professor Hudson.