By Xavier Symons (Article first appeared on The Conversation website)

This important article clears up confusion - both deliberate and accidental - about the role of the double effect principle in care at the end-of-life. 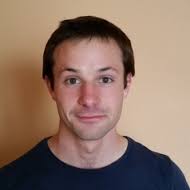 Debate over euthanasia in Australia has been renewed by the recently failed bill to legalise it in South Australia, and the Victorian government's announcement it will hold a conscience vote on assisted dying next year. As usual, parliamentary debates have spilt over into expert probing of current practices in end-of-life care.

From doctor and writer Karen Hitchcock to the Australian Medical Association, there seems to be broad consensus about the relevance of a doctrine called "double effect" in end-of-life care.

Double effect, in the most general sense of the term, is the view that a doctor acts ethically when she acts with the intention of bringing about a good effect, even if certain undesirable consequences may also result.

While doctors agree double effect is a useful principle, there is disagreement about how it applies in end-of-life situations.

On one account, the doctrine can be applied to both palliative sedation and euthanasia. The former is the alleviation of symptoms in terminally ill patients using sedative drugs. The latter is the active killing of a patient by administering sedative barbiturates, such as Nembutal.

But there is a strong argument to suggest the minimalist thesis is untenable. Euthanasia and palliative sedation are categorically distinct. This is because the intent - which is the operative word when it comes to moral philosophy and to legal principles - of doctors in each of the interventions is different.

What is double effect?

The so-called doctrine, or principle, of double effect is a philosophical concept often employed when evaluating the morality of actions. It rests on the basic conviction that in morality intentions matter, and that a person's intentions are what make their actions moral or immoral.

There are various formulations of the doctrine, depending on which ethical, religious or legal tradition you are approaching it from. We can nevertheless posit a generic definition along the following lines:

The doctrine of double effect states, where certain criteria are met, a person acts ethically when acting to bring about a good or morally neutral outcome - even though her action may also have certain foreseen, though not intended, undesirable consequences.

In the end-of-life context, for example, the ethical act to bring about a morally neutral outcome would be administering pain medication. The potentially unintended consequence would be death.

An important phrase in the above definition is "where certain criteria are met". Depending on the tradition you work in, these criteria will vary. There is, nevertheless, broad consensus about the following criteria:

1. We cannot intend the bad effect

2. The "bad" of the unintended consequences cannot outweigh, or be greater than, the intended "good" outcome

3. The good effect must not be produced by means of the bad effect.

It is generally said doctors should have, as their primary intent, the relief of suffering and not some goal that, while perhaps acceptable, is not within the purview of the role of doctor - such as ending a person's life.

Doctors draw on double effect in serious cases where a treatment has certain foreseen, undesirable consequences. This may be minor or major injury to the patient, or even perhaps the hastening of death.

Doctors typically administer palliative sedation only in the last days or hours of a patient's life. This involves using sedative drugs to relieve acute symptoms of terminally ill patients where other means of care have proven ineffectual. These symptoms are known as refractory symptoms, and include vomiting, delirium, pain and so forth.

The sedative drugs that doctors administer - the most common of which are benzodiazepines such as Valium - render the patient unconscious or semi-conscious. Often these are administered in gradually increasing doses, depending on how long and to what extent doctors want to sedate the patient.

Sometimes the drugs administered may hasten death. Crucially, though, the primary intent of doctors is to relieve unbearable or otherwise untreatable suffering.

In the case of euthanasia, however, to state it tersely, a doctor or other health-care professional seeks to kill the patient. Medical euthanasia is administered in response to suffering, be it of a patient who is terminally ill, afflicted by intense and prolonged physiological suffering, or by psychological or existential suffering.

Monash bioethicist Paul Komesaroff and others have suggested that, instead of legalising euthanasia in Australia, we should clarify the law on double effect and palliative sedation.

The minimalist approach has the added benefit we needn't get involved in placing arbitrary restrictions on end-of-life care - as legislators are wont to do with euthanasia law.

Yet this argument equivocates on the nature of palliative sedation. In cases where patients still have six months to live, or where their suffering is broader than ordinary refractory symptoms, it is not permissible to provide palliative sedation - at least, not according to existing ethical guidelines.

If this were to be done, the primary intention would not be to relieve suffering but rather to hasten or actively bring about the patient's death. Even if one wished to suggest our ultimate intent were to relieve suffering, we would nevertheless be using the bad consequence as a means to that end. This violates one of the generally agreed upon criteria employed when invoking the doctrine of double effect.

We stand to lose rather than gain from muddying the waters around double effect and palliative sedation. The real question legislators need to consider is this: should the state sanction the active killing of terminally ill patients by their doctors? We do ourselves a disservice to pretend euthanasia is anything other than this.