The Prague Daily is reporting that a euthanasia bill has been tabled in the Czech Parliament by six deputies (MPs). 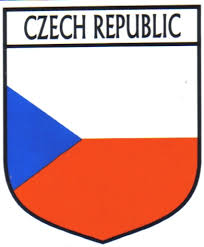 'According to the bill, euthanasia would be possible only for people in hopeless health condition who have asked for it. A special commission would decide whether the conditions for euthanasia were met.' This sounds similar the Belgian model. However, the news report does not provide any further detail.

The bill is not supported by the government and was rejected by the Cabinet. The Czech government is a coalition of parties whose power-sharing agreement includes a provision that pledges 'not to pass anything that would be incompatible with the protection of life from the conception until its natural end'.

Trade Minister Jan Mladek (CSSD) reported on the government's negative stand on Twitter, saying, bluntly that, "The bill, if passed, could result in the killing of people."

The preliminary position of the coalition government, according to sources, states, in relation to countries that have created legalised euthanasia regimes, that, "In these countries, cases of clear misuse of euthanasia have been proved, aimed to vacate hospital beds, as well as cases of family members pushing for euthanasia for dubious reasons, and also unpunished cases of the failure to observe the conditions set by law."

According to the report, a similar bill was rejected in the Senate in 2008 and a survey conducted a few years earlier suggested that a bill would not pass in the lower house.