by Wesley SmithArticle first appeared in the Journal First Things

Shallow are the souls that have forgotten how to shudder.
â��Leon Kass 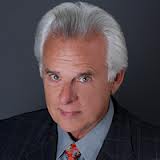 The ethics of medicine aren't what they used to be. Sanctity of life? That's so passé. The Hippocratic Oath? Fuggettaboudit! The modern healthcare system is expected to embrace properly utilitarian perspectives.

Take euthanasia as just one example. Once society accepts that sick patients can be relieved of their suffering by being killed, it won't take long to conclude that they can also be exploited for their no-longer-needed parts.

Euthanasia by lethal injection has already been coupled with organ donation in the Netherlands and Belgium. Since 2008, several articles have been published in respectable medical journals lauding this forming symbiosis. A 2011 article published by Applied Cardiopulmonary Pathophysiology was particularly chilling in its detached clinical description of the euthanasia killings of four patients in preparation for organ procurement:

Donors were admitted to the hospital a few hours before the planned euthanasia procedure. A central venous line was placed in a room adjacent to the operating room. Donors were heparinized immediately before a cocktail of drugs was given by the treating physician who agreed to perform the euthanasia. The patient was announced dead on cardiorespiratory criteria by 3 independent physicians as required by Belgian legislation for every organ donor. . . . The deceased was then rapidly transferred, installed on the operating table, and intubated . . .

Ponder the enormity of what was done here. Four peopleâ€”who were not otherwise dyingâ€”were killed and then swiftly wheeled into a surgery suite to have their organs removed. Three of the donors were struggling with neuromuscular disabilitiesâ€”people who often face social isolation and discriminationâ€”and one was mentally ill. In a particularly bitter irony, the latter patient was a chronic self-harmer, the "treatment" for which was a willing professional team ready to administer the ultimate harm.

That's just the beginning. Prominent voices among the medical elite have called for the overturning of the "dead donor rule"â€”the ethical backbone of organ transplant medicine requiring that a patient die naturally from injury or illness before vital organs can be procured. These advocates argue that consent should be the primary ethical concern and criteria for organ harvestingâ€”not that a donor is dead. Thus if living patients or their surrogates give the okay, doctors should be allowed to euthanize by means of live harvesting.

An article just published in the Journal of Medical Ethics epitomizes the argument. The authorsâ€”an assortment of Netherlander and Belgian medical professorsâ€”suggest changing their countries' euthanasia laws to allow sick, disabled, and mentally ill people who want to die (all eligible for euthanasia in both countries) to opt for live harvesting instead of lethal injection. From the article:

The dead donor rule states that donation should not cause or hasten death. Since a patient undergoing euthanasia has chosen to die, it is worth arguing that the no-touch time could be skipped . . . contributing to the quality of the transplanted organs. It is even possible to extend this argument to a 'heart-beating organ donation euthanasia' where a patient is sedated, after which his organs are being removed, causing death.

So this is where we are: A respected bioethics journal, published under the auspices of the British Medical Journal, advocates the killing of donors for their organs. And not only is the organ-transplant community silent, but popular media apparently don't consider the radical idea worth covering.

We shouldn't be surprised at these recent developments. The utilitarianizing (if you will) of Western medicine has been progressing for some time. As far back as 1949, physician Leo Alexander, who served as the medical investigator into the euthanasia Holocaust at the Nuremberg Trials, warned that utilitarian ideas that had derailed German medicine were also present in the United States: "There can be no doubt," he wrote, "that in a subtle way the Hegelian premise of 'what is useful is right' has infected society, including the medical portion."

A few decades later, medical utilitarianism was no longer subtle. An unsigned 1970 editorial in California Medicine, a publication of the Western Journal of Medicine, stated coldly: "The traditional Western ethic always placed great emphasis on the intrinsic worth and equal value of every human life . . . is being eroded at its core. . . . It will become necessary and acceptable to place relative rather than absolute values on such things as human lives."

The article concluded on a truly frightening note: "It is not too early for our profession to examine this new ethic, recognize it for what it is and will mean for human society, and prepare to apply it in a rational development for the fulfillment and betterment of mankind in what is almost certain to be a biologically oriented world society."

We now can clearly discern what a "biologically oriented" society looks like: a culture in which the deaths of the most vulnerable are seen as having greater value than their continuing lives. As Leo Alexander presciently cautioned sixty-seven years ago, "At this point, Americans should remember that the enormity of the euthanasia movement is present in their own midst."

Wesley J. Smith is a senior fellow at the Discovery Institute's Center on Human Exceptionalism and is a consultant to the Patients Rights Council. His next book, Culture of Death: The Age of "Do Harm" Medicine, which will be published in May, 2016.