Health Minister does not support euthanasia

Ms Ley was speaking at an event in Brisbane Australia organised by the Committee for Economic Development of Australia (CEDA).

More should be done to improve end of life care for Australians but euthanasia is not the answer, Federal Health Minister Sussan Ley says.

"I am the health minister and I do not support euthanasia," Ms Ley told a CEDA lunch in Brisbane on Thursday.

"I, however, recognise that we should be able to do a lot better than we currently do, not in everyone's case but in many, with end of life care."

A regime providing medical cannabis was the first step, she said, while funding provided to the states for palliative care was also being examined. 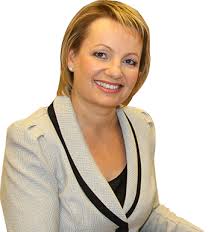 "We already have one of the best health systems in the world but it is under pressure, and it continues to fail some of the most vulnerable and disadvantaged Australians," he said.

The Prime Minister and Ms Ley simultaneously also announced A Healthier Medicare for chronically-ill patients in a trial primary care packaging arrangement aimed at 'improving the way we care for Australians with chronic diseases and complex conditions - aiming to keep them out-of-hospital and living happier and healthier lives at home.'

From the Press Release:

Patients with multiple chronic conditions will get a health care package tailored to their needs and that care will then be co-ordinated to help them easily navigate the complex system.

About 65,000 Australians will participate in initial two-year trials in up to 200 medical practices from 1 July 2017.

The Council of Australian Governments has discussed the benefits of primary care and the Prime Minister on Friday will invite state and territory leaders to partner with the Commonwealth on these reforms. We want to reduce the barriers patients face across fragmented health services, with the aim of keeping them well at home and out of hospital.

Simplifying a chronically-ill patient's care by allowing them to nominate one GP practice as their 'home base', in conjunction with other Turnbull Government reforms such as our new digital MyHealth Record, will empower patients to take better control of their own care.

It will also reduce potentially life-threatening and costly inefficiencies in our health system, including hospitals.

These are all very welcome statements. It would seem that access to palliative care will be packaged as part of this primary care initiative - we certainly hope so. This in turn, we expect, may become a driver for better funding for the provision of in home palliative care support.

Earlier in March the Grattan Institute also identified that the, 'Ineffective management of heart disease, asthma, diabetes and other chronic diseases costs the Australian health system more than $320 million each year in avoidable hospital admissions.' The Institute also produced an excellent report on Dying Well in 2014 that highlighted the desire of most Australians to die at home and the current inability of the health system to meet that need:

Seventy per cent of Australians want to die at home yet only 14 per cent do so. Despite their wishes, about half of people die in hospital and a third in residential care. Dying in Australia is more institutionalised than in most countries. Medical and community attitudes plus a lack of funds for formal, home-based care mean that Australians die at home at half the rate that people do in New Zealand, the United States, Ireland and France.

Anyone who has observed the issue of euthanasia and health care at the end-of-life will be acutely aware of the concern that containment of health costs may well be 'the elephant in the room'; that euthanasia may be seen by some as a cost containment message.

However, the reverse can also be true: that a desire to improve care and contain costs in an environment where euthanasia is firmly 'off the table' can drive better outcomes. I firmly believe that Australia is in this latter category and that all of the above is good news.

What it also tells us is that there remains a great deal of room for improvement in end-of-life care.

Whilst ever there are Australians who, for whatever reason, do not have access to the very best of care on a par with their fellow Australians, introducing euthanasia will never be truly a free choice for those who lack care alternatives.