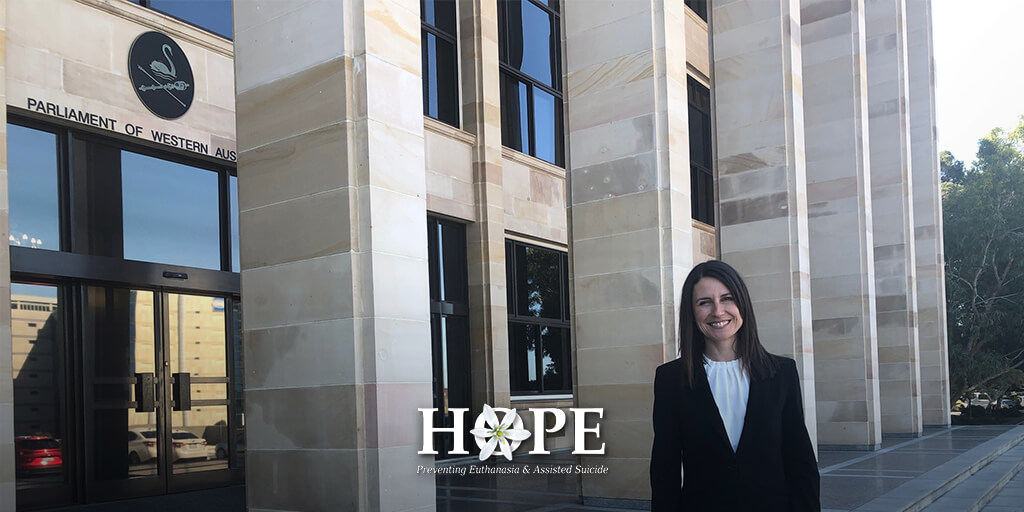 Thanks to the generous support of our HOPE community, last week I was on the ground in Perth meeting with MPs and key stakeholders to present the case for life.

During my visit, I met with both lower and upper house MPs to talk through some of the implications the bill would have for terminally ill people – especially in regional and remote areas where palliative care is almost non-existent.

While the bill is currently in the Lower House, Labor’s strong majority will see it reach the Upper House shortly.

As neither major party has a strong majority in the Upper House, it is not known how the bill will fare in the “the house of review”.

Sadly it’s already significantly more liberal than Victoria’s regime. Some notable departures include the fact that doctors are permitted to raise the issue of assisted suicide with their patients, and neither of the two doctors required to sign off on a euthanasia request is required to specialise in the person’s illness.

The Health Minister confirmed last week that the definition of “suffering” in the bill is extremely broad, and includes “physical, mental, emotional, social, spiritual or existential, or a combination of all of them.” In addition, there is no requirement for a psychiatric evaluation of the person requesting to die despite a recommendation from Dr Nathan Gibson, Chief Psychiatrist for WA.

I was so grateful to be accompanied by Dr John Daffy, Director of Infectious Diseases at St Vincent’s Hospital in Melbourne, who was able to provide MPs with expertise in relation to medical systems and the potential for wrongful deaths.

It is clear that the MPs are under an extraordinary amount of pressure to support this law.

But Dr Daffy and I were very encouraged by the diligent way in which the ones we met with are considering this life and death issue.

Attending the “Care: Not Killing” rally on the Wednesday on the steps of Parliament House, I joined more than 1000 people rallying for life.  It was a great show of strength by those opposing euthanasia and standing for the vulnerable in WA.

As the campaign gears up, there is so much more work to be done!  Stay tuned for opportunities to write to your MPs as the bill moves to the next stage.