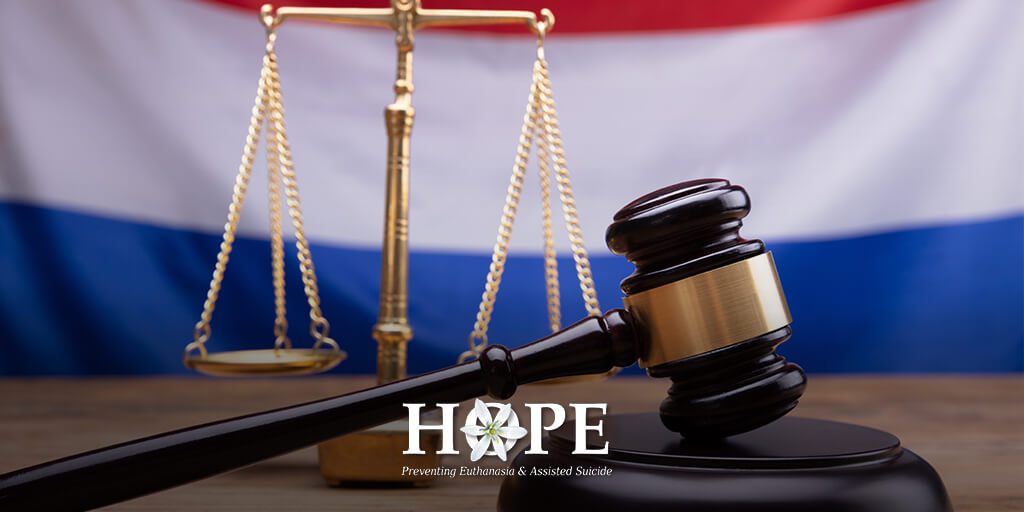 A Dutch court has shown that legislative safeguards for euthanasia and assisted suicide are completely useless in that country.

The first doctor to have ever been sent to trial over breaching euthanasia safeguards in the 16 years since the laws were introduced has been acquitted over the euthanasia death of a 74 year-old woman suffering from Alzheimer’s Disease, even though the patient had not consented to euthanasia and provided so much resistance to the drugs being administered that her family had to hold her down.

The patient had provided an advance directive to say that she wanted euthanasia “when I myself think the time is ripe.”  Each time the option of euthanasia was brought up with her, the patient responded with, “Not now though, it’s not that bad yet.”

But the doctor, and the family, did not listen.  This is how one news outlet reported the death:

While the Central Disciplinary College for Healthcare ruled that the doctor “had not met all due care requirements of the Euthanasia Act” and issued the doctor with a warning, the Court of the Hague said that the disciplinary proceedings did not answer the relevant question, which was:

Does the physician have a duty to verify the current desire for life or death of an incapacitated, deeply demented patient in order to speak of a voluntary, well-considered request for euthanasia?

The Court was of the opinion that the doctor did not have to verify the current wish to die.

This flies in the face of suggestions that euthanasia requests have to be voluntary, and that a patient has the right to change their mind at any time because it opens the door for a doctor, and a family, to argue that the patient does not have the relevant capacity to change their mind about dying.

It is a very dangerous precedent, because it takes the decision about death out of the patient’s hands and into their own.  In this case the doctor and the family were judge, jury and – literally – executioner.

In Australia, there are currently 400,000 people living with a form of dementia.  This case will surely have them questioning whether they will be safe from being held down and euthanised if similar laws pass here.