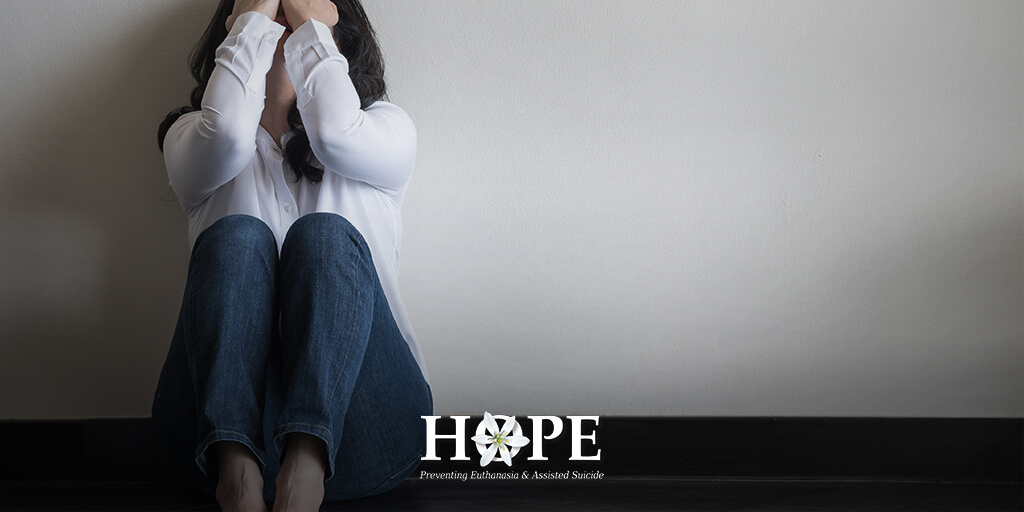 The potential euthanasia death of a 23-year old woman in Belgium who is physically healthy but suffering from mental health demonstrates the risks of doctors being able to initiate conversations about euthanasia and assisted suicide with their patients.

Kelly has been diagnosed with borderline personality disorder, a mental health condition which the National Health and Medical Research Council estimates affects up to 4 per cent of the population.

Speaking to the Daily Mail, Kelly said she “decided to apply for euthanasia after learning it was lawful and possible from a psychologist in the hospital.”

The bill currently before the WA Parliament would similarly allow a registered medical practitioner to be the first to suggest to their patients that euthanasia as an option.

She has now applied for euthanasia, which can be granted if two psychiatrists and one other doctor agree that her mental pain is sufficient to justify her death.  So far Belgium, the Netherlands and Luxembourg all allow euthanasia of those suffering from mental illness, even young people.

Kelly described the move to restrict euthanasia to just those with physical illness as “discrimination.”

But interestingly, Kelly also spoke of challenges she has faced that may provide some insight into her desire to die.

She recalled a “very difficult” relationship with her mother, one that left her feeling “unloved and insecure.”  She spoke of the death of a beloved grandparent and feeling betrayed by a psychologist who she had grown to trust.

She also spoke of a shyness that resulted in her feeling “rebuffed” by friends who were more drawn to her vivacious twin sister.  “I tried telling her once how I felt, that it felt like she stole away my friends,” Kelly said.

Kelly’s isolation from her family and others is evident in her plans around her death.  “I don't want my family there,” she said. “I have felt so lonely for so long, why should I have people with me when I die?”

While it is very easy to see Kelly’s trauma, it is very difficult to see how euthanasia is the best option for her.

Surely a society, particularly one that understands the scourge of youth suicide, can do better for a young woman suffering from isolation and feelings of abandonment than to offer her the ultimate abandonment of a state-sanctioned lethal injection.