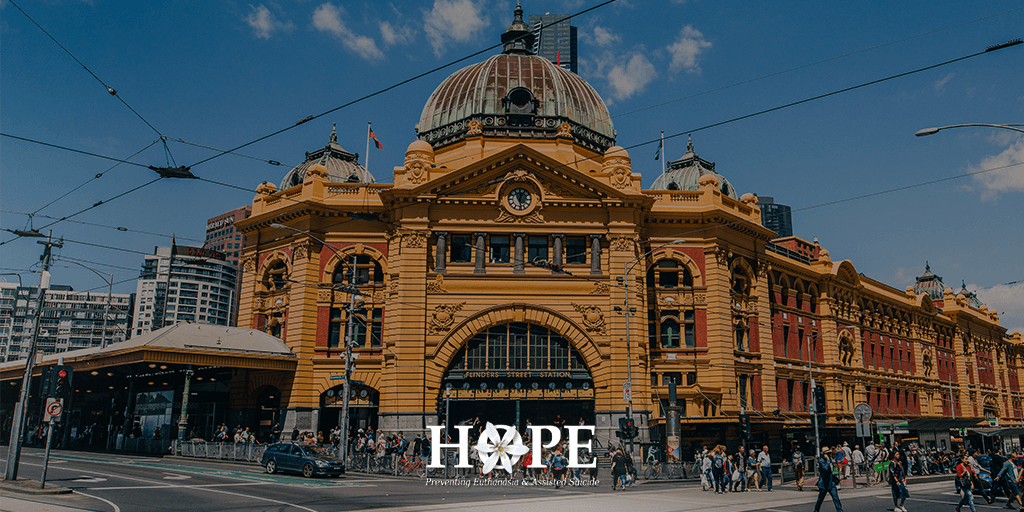 Victoria’s assisted suicide scheme is due to commence in June 2019 and has been hailed by pro-euthanasia advocates as the “safest” in the world due to its “strict eligibility criteria” and “safeguards”.

However, there are good reasons for any new government in Victoria to reconsider the legislation, if they are serious about ensuring the safety and protection of vulnerable people.

In particular, mental illness and palliative care are two significant issues that have not been adequately addressed in the Voluntary Assisted Dying Act 2018 (Vic) (“the Act”) and render the legislation inherently unsafe.

Mental illness is not a disqualifying factor

This means the Victorian legislation does not have the safeguards of the Oregon legislation, which provides that a doctor shall refer a patient for counselling if, in their opinion, “the patient may be suffering from a psychiatric or psychological disorder or depression causing impaired judgment.”

In other words, Oregon’s legislation recognises that psychiatric or psychological disorders or depression may affect judgment.

Oregon’s mental health safeguards, despite being better than Victoria’s non-existent ones, still don’t protect the vulnerable in practice.

Oregon’s optional referral system requires doctors to refer only if in their opinion the person is suffering from a psychiatric or psychological disorder. However, data from Oregon’s government reports shows that referrals such as this occur very rarely.  In 2016, only 5 people out of 133 deaths (3.75%) were referred for psychiatric evaluation. This is despite a study of terminally ill people in Oregon which found that one in six people who made use of the scheme had clinical depression.  A further study of 321 participating psychiatrists found that only 6 per cent were confident they could adequately determine whether a psychiatric disorder was impairing a patient’s judgement, based on a single consultation.

If Oregon’s system of requiring counselling in the case of mental illness is failing to protect the vulnerable, Victoria’s laws – which lack these safeguards – will put many more people at risk.

Section 19 of the Act provides that if a medical practitioner is satisfied that the person meets the eligibility criteria set out in the Act, they must inform the person about various matters, including “palliative care options available to the person and the likely outcomes of that care.” The Victorian Health Minister Jill Hennessy, in her second reading speech, stated that one of the safeguards in the legislation is:

“The request and assessment process in the bill, which clearly requires medical practitioners to discuss palliative care options, will also ensure that people will never turn to voluntary assisted dying because they have not been provided with other options, including palliative care.”

However, as the Grattan Institute has pointed out:

“Provision of information is one thing, but access to services is another. … this rhetoric [about palliative care] is not given any force in the [Victorian Ministerial Advisory] panel’s recommendations. … politicians regularly express their support for palliative care. Yet, there is often a chasm between such positive rhetoric and actual delivery.”

We know that in Australia, there is just one palliative care specialist for every 704 deaths that occur.

And of the 49 recommendations made in Victoria’s inquiry into end of life choices which gave rise to the legislation, 30 related to the improvement of palliative care funding and access and only a single recommendation related to the introduction of assisted suicide.  Palliative Care Victoria requested an additional $65 million per annum to implement the recommendations, however, the Victorian government’s election commitments for the following term promise only an additional $62 million over a 5-year period. In other words, the government's commitments are woefully inadequate and unlikely to deliver on the promise that every Victorian who needs it will receive adequate palliative care. This supposed ‘safeguard’ is worthless without the funding to support it.

Instead of going ahead with the assisted suicide regime, any new government formed in Victoria should pause and consider the effects that this flawed legislation will have on vulnerable people in the state. The priority must be a commitment to, and adequate funding for, non-violent end of life care for every Victorian who is in need.