The “myth” of a pain free euthanasia death 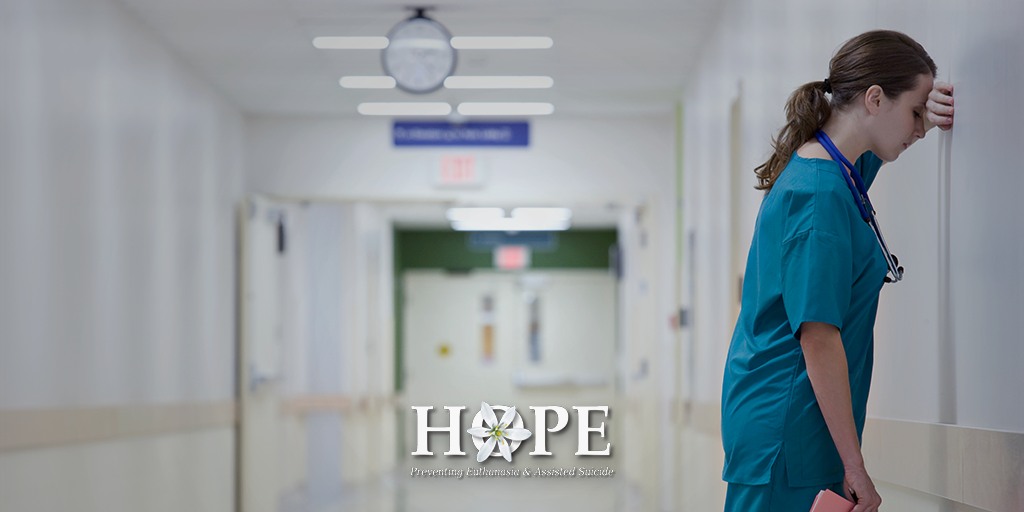 The myth that an assisted suicide death is always a peaceful (and superior) alternative to palliative care at the end of life is beginning to unravel as more and more information about what actually goes on in euthanasia deaths is revealed.

We know that for many years, the drugs used for assisted suicide were the same medication used in death penalty cases; the same drugs that have been slammed as ‘experiments on human beings, causing a high risk of painful deaths.’ Authorities have yet to succeed in finding the right lethal injection because:

“…lethal injection, introduced 40 years ago as more efficient and humane than the electric chair or gas chamber, has not met that promise.”

A few years ago, human rights activists called for a stop to the use of the drug pentobarbital (also known as Nembutal) after a prisoner on death row stated that he “could feel his whole body burning”.

Oregon government records show that for many years, pentobarbital was given to patients who requested assisted suicide. Did these patients also experience similar complications that prisoners on death row did with this drug?

Did these 105 patients for whom it is ‘unknown’ have a peaceful death? Were there complications? Did they experience difficulty ingesting, seizures, vomiting? Did they experiencing burning such that they screamed in pain? We will never know because according to the law in Oregon, the records that form the basis of the statistics are destroyed annually.

Will this also be the drug of choice in Victoria when its scheme commences in June this year?

The euthanasia advocates, in the absence of all the data, are asking us to take their word for it that euthanasia offers terminally ill patients a “peaceful death.”

The Anaesthesia journal has examined whether, in assisted suicide cases, there is “unconsciousness at the time of death so that the individual suffers no pain or distress.”  Their findings are that the practice falls well short of this desired objective.

They conclude there is very real risk that euthanasia patients and those receiving the death penalty may be accidentally waking up, paralysed and unable to indicate their distress.

Researchers express their concern “that some deaths may be inhumane.”

They conclude by recommending that anaesthetic professionals must be involved in setting standards otherwise:

“There is a risk that vulnerable citizens may be killed by suboptimal, or even cruel means. … When compared with clinical anaesthesia, the complication and failure rates of assisted dying by these other methods seems extraordinarily high.”

Of the total of 1,459 people who have been prescribed lethal drugs in Oregon since it was legalised in 1997, a staggering 768 of them are marked ‘unknown’ when it comes to recording whether there were any complications associated with the procedure. In other words, in more than half of the people who have ever made use of the assisted suicide scheme in Oregon, authorities are completely in the dark about how that patient’s final moments transpired.

To claim that they can offer “death with dignity” when they don’t know what has happened to 768 people is disingenuous at best, and gravely deceptive at worst, given we are literally talking about life and death.