To a Paralympian who wants to die

By Kevin Yuill (article first appeared at Spiked On Line) 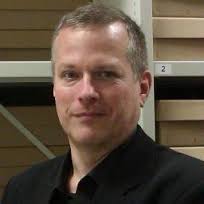 Imagine if Usain Bolt, who has now officially retired from Olympic competition, told the world that, after he ticked a few more things off his 'bucket list', he intended to kill himself. How would the world respond? Probably with horror and disbelief.

But this is precisely what 37-year-old Belgian Paralympian Marieke Vervoort announced to the world this week. She said that sport was her main reason for living, and spoke of the suffering she endures because of her chronic, degenerative - though not imminently fatal - condition. 'I fight fear, sadness, suffering, frustration', she said. Although she was 'still enjoying every little moment. When the moment comes when I have more bad days than good days, then I have my euthanasia papers.'

Having just marked another World Suicide Prevention Day (10 September), how did the world respond to Vervoort's statement? With deafening silence.

Why is suicide okay for some but not for others? Why are the suicidal intentions of a 37-year-old disabled athlete - with, potentially, many years in front of her - treated differently to those of, say, a 55-year-old man who has been made redundant and faces an uncertain, difficult future?

Physical pain, which Vervoort undoubtedly suffers from, is not the answer. In Oregon, where assisted suicide has been legal since 1997, pain does not even come in the top-five reasons people decide to end their life. Instead, loss of autonomy, loss of enjoyment of activities, loss of dignity, loss of control over bodily functions, and being a burden, are all more important than pain. Most physical pain, even at the end of life, can be controlled.

It is existential pain, a fear of what the future will bring to an already uncertain existence, which drives people - disabled and non-disabled - to suicide. But if someone speaks of their desire to end it all, our common, human response must be to remind them that, even if they do not value their own life, and even if they see no hope in the future, we do. We must remind them that no situation is truly hopeless - other than, of course, death.

Why do we tacitly approve of the suicidal intentions of disabled people? The silence in response to Vervoort's announcement indicated the cultural damage that has been inflicted by assisted suicide. While many critics of assisted suicide point to the possible abuses legalising it could lead to, few note the damage it has already done to our values - particularly the uncertainty we now have about the worth of ill and disabled people's lives.

You would think that our society valued every human life equally, and thought the taking of life inherently wrong (as reflected in our murder and manslaughter laws). But assisted suicide suggests otherwise. Legitimising suicide on the grounds of suffering opens the door, potentially, to legitimising suicide itself.

Vervoort lives in Belgium, where the terminally ill, those with chronic diseases, the mentally ill, and even those with persistent depression, can arrange to be executed, so long as several doctors agree that the underlying condition is serious and impervious to treatment. Assisted suicide is available to anyone who suffers - even children. This is where 'assisted dying', to use the Orwellian term preferred by assisted-suicide advocates, inevitably leads.

If we, as a society, want to prevent people from committing suicide, we must emphasise the value of all lives. And, in the UK, we should celebrate the fact that, one year ago, the Assisted Dying Bill was resoundingly defeated in parliament - appropriately, one day after World Suicide Prevention Day.

Kevin Yuill teaches American studies at the University of Sunderland. His book, Assisted Suicide: The Liberal, Humanist Case Against Legalisation, is published by Palgrave Macmillan.