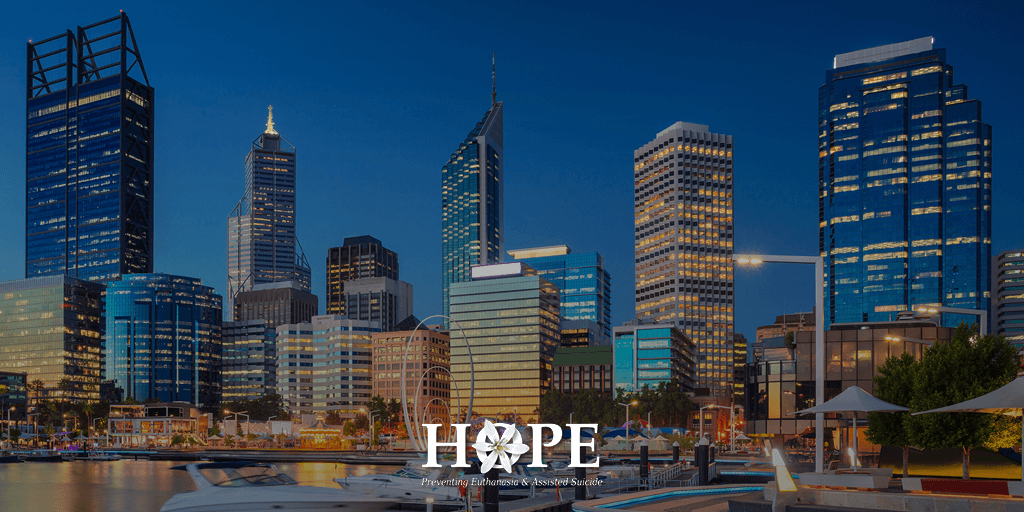 HOPE has been very busy since the McGowan Government announced 8 months ago that it would introduce legislation to enable euthanasia and assisted suicide in WA.

Further to the commissioning of their Joint Select Committee on End of Life Choices in 2017, we’d known it was coming.

But the announcement meant the starter gun had officially sounded.

Last month the Ministerial Expert Panel on Voluntary Assisted Dying tabled its final report in Parliament; the last puzzle piece with which to draft the legislation.

The bill will likely be introduced into the WA Parliament next month.

But you and I cannot afford to be idle in this period before the contents of the proposed bill are made known.

That’s why HOPE has been working around clock:

But it’s important to note we’re not alone in being industrious.

The death lobby, having also seen the writing on the wall, have been busy building momentum for their push for death on demand; our opponents have not been sitting on their hands.

Like us, proponents of euthanasia are raising their voice.

Theirs is a false message of “compassion” and “rights” which minimises and dismisses solid evidence about wrongful deaths from all around the world.

They’re not interested in the truth – they know it harms their cause. They insist on euphemistic language to mask what is actually being proposed: that doctors be involved in the killing of their patients.

The death lobby don’t want a frank discussion about the consequences of legalising euthanasia.

They know that if people start to wake up to the truth that the most vulnerable Australians will be put at risk by such laws, society will reject death on demand.

That’s why they’re busy actively and deliberately undermining public confidence in palliative care, what it can deliver, and what is being achieved by the dedicated professionals working day in, day out, with terminally ill patients.

But together, you and I can make a difference.

In the words of Margaret Mead, “Never doubt that a small group of thoughtful, committed citizens can change the world; indeed, it's the only thing that ever has.”

You and I know that adequately funded and accessible palliative care is critical to ensuring that every chronically ill and terminally ill person in WA receives the holistic care they need, no matter where they live or how much money they earn.

We can learn much from palliative care professionals in WA who have banded together to voice their opposition to the looming legislation to the Premier.

Friend, no matter where you are located, we encourage you to spread the word – to friends, family, acquaintances – make them aware of the life-and-death situation unfolding and get them lobbying their local politicians, expressing their opposition to this most profound change in our law.

Together, we can make Australia aware and get the politicians to sit up and take notice.

Thank you so much for your ongoing support as we inform lawmakers and society about what euthanasia and assisted suicide will really mean for vulnerable people in our country.