The Open Letter from Christian Leaders to Premier Daniel Andrews this week drew criticism from ‘the usual suspects’. 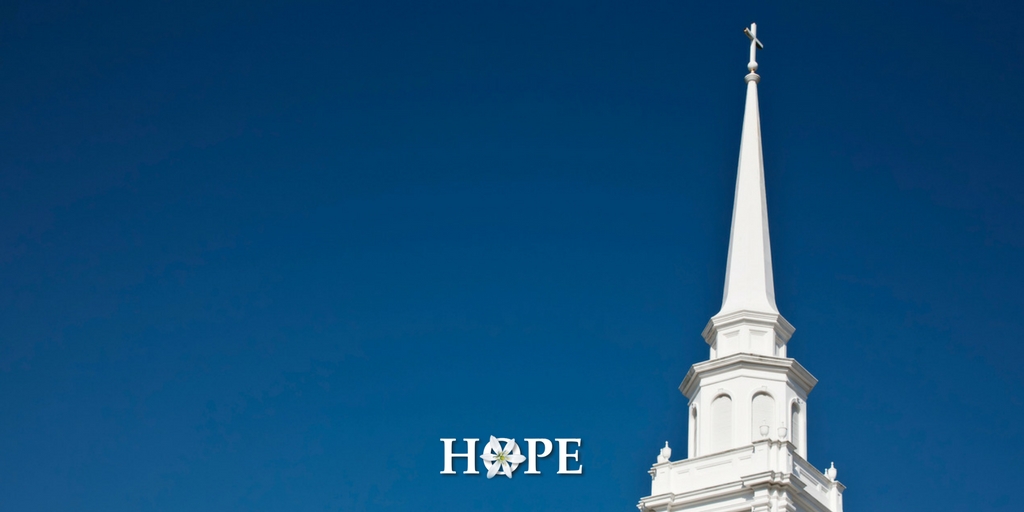 Published in the Herald Sun newspaper, its rival, The Age used the opportunity to denigrate and attempt to dismiss the concerns that the letter raised.

Yet the letter, signed by leaders in the Greek Orthodox, Lutheran, Anglican, Catholic, the Syro-Malabar Eparchy, Ukrainian Catholic, and Coptic Orthodox Churches contains not one reference to any tenet of faith nor dogma nor anything else that one might hold to be a faith-based reasoning. Instead, they covered four main areas of concern that any thinking person – of religious faith or none – can think about.

The Age opened their take on the matter with a classic obfuscation:

“Christian leaders in Victoria have combined to voice their opposition to proposed voluntary euthanasia laws, arguing assisted dying would be akin to killing off the terminally sick and elderly.”

The Open Letter doesn’t actually say that. It does refer to the fact that the recommendations of the Ministerial Panel talk about a regime where a person could be helped to suicide (assisted suicide) and, in some cases, the doctor would inject the lethal dose – killing (euthanasia). But to say this is somehow similar to killing (akin: adjective -of similar character) is nonsense. It is suicide and it is euthanasia – full stop.

“The letter is an appeal to Victoria's 2.8 million Christians, who make up almost half of the state's population, according to 2016 census data.”

Interesting figures; but the letter is not an appeal to ‘the faithful’ but an Open Letter to the Premier made available via the media to all politicians and all citizens. 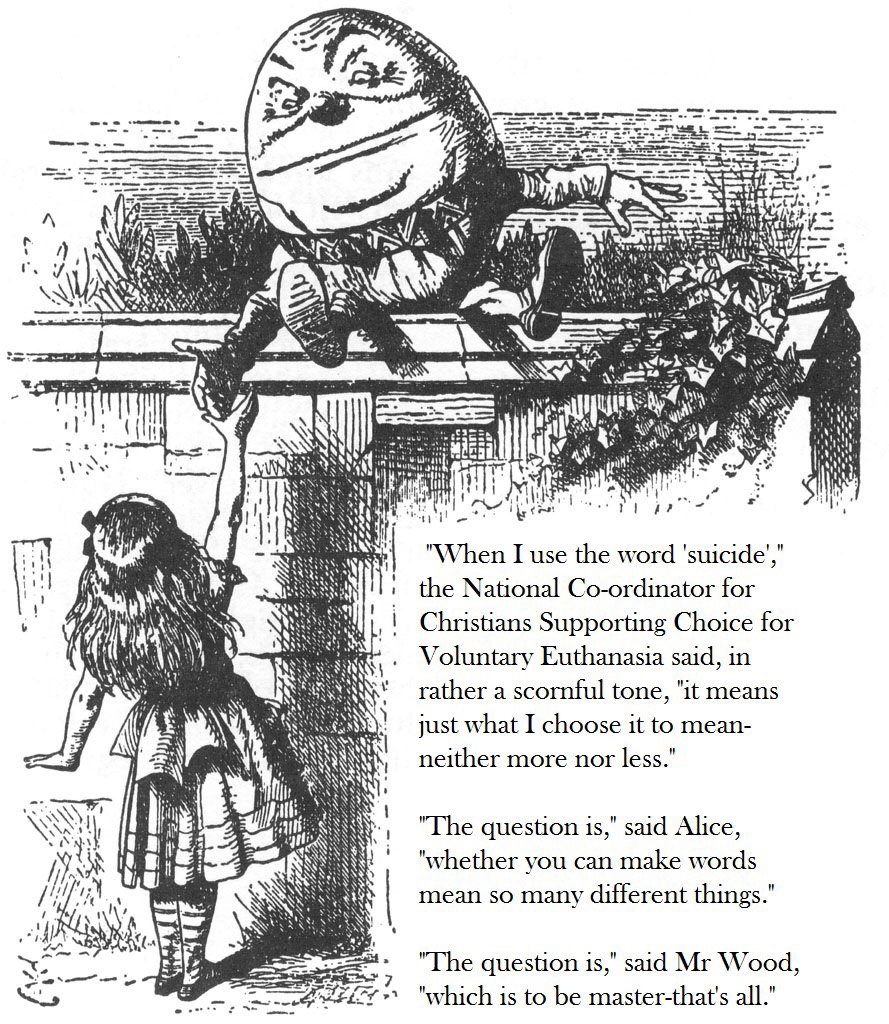 This is the question that needs to be asked: whether or not the issue is about religion? No, it is not. At its root, it is about the shape of our society and the critically important issue of how do we care for and protect the most vulnerable. All of politics is essentially about that. This is no different.

These Christian leaders have a right as leaders in the community to have their say – just the same as everyone else. If they had chosen to speak from a religious perspective then feel free to ignore it. If they speak from a common sense approach then take heed.

Interesting that the pro-euthanasia lobby has for many years argued to ‘keep religion out of it’ and yet they have a ginger group called Christians Supporting Choice for Voluntary Euthanasia. Why they choose to contradict themselves by the existence of this group is not entirely clear. This is especially so when you consider that their website says: join up as a member and signatory of Christians supporting choice for Voluntary Euthanasia…even if you are not a Christian.

Christians Supporting Choice for Voluntary Euthanasia may be a bit like Democrats for Capital Punishment. Nevertheless, they have a right to speak, just as the Christian Leaders did.

It might be something like a ‘David vs Goliath’ tussle, but putting up a ginger group against a formidable Christian leadership, as The Age did, is not a knockdown event like the biblical story.

“Not all who identify as Christian share the churches' view against voluntary euthanasia.

“Ian Wood is National Co-ordinator for Christians Supporting Choice for Voluntary Euthanasia, and said the bishops' claims about the risk of coercion were misleading.

"A person with a disability or other illness that is not terminal doesn't qualify, so no amount of coercion at that stage is going to make any difference," Mr Wood said.

“He also argued against the bishops' stated view that assisted dying is a form of "endorsed suicide".”

The risk of coercion was identified by the Ministerial Advisory Panel and has been part of the discussion on euthanasia and assisted suicide in every debate across the globe, including all of the last 43 bills introduced into US jurisdictions that all failed this year.

Simply saying that a person cannot qualify on the basis of a disability is an oversimplification. As Liz Carr told the Victorian Parliament a few months ago: “In the public perception, in the media, and in medical terms there is such a fine line between disability and terminal illness, that we become one in the same.” Many disabilities are degenerative.

The ‘form of “endorsed suicide”’ comment came not only from the Church Leaders but also from Deputy Premier, James Merlino recently. It is an accurate observation:

“I have deep concerns that these laws put at risk some of our most vulnerable Victorians, who could be subjected to coercion,” he told the Herald Sun newspaper.

“This bill also endorses suicide, which is a line I don’t think our ­society should cross.”

So, opposition and clear thinking is not simply the preserve of religious leaders. In fact, many who oppose this legislation are non-religious and even avowed atheists. 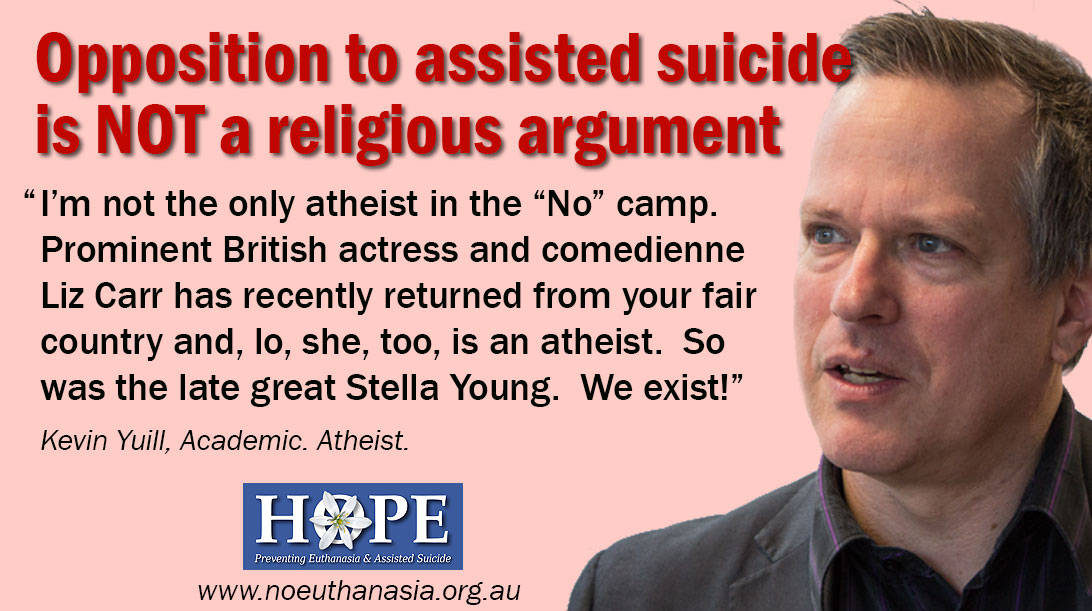 Herald Sun columnist, Andrew Bolt, an atheist gave a moving account of why he changed his mind to oppose this legislation in one of his recent columns.

Kevin Yuill, a British based Canadian academic and atheist wrote in The Spectator website recently about why he opposes assisted suicide, eschewing the criticisms about faith-based opposition:

“I’m not the only atheist in the “No” camp. Prominent British actress and comedienne Liz Carr has recently returned from your fair country and, lo, she, too, is an atheist. So was the late great Stella Young. We exist!”

“Opposition to these bills is usually marginalised as being religious and that's very useful to do if you don't want to listen to it, but actually if we want to introduce a bill like this, we have to listen to all sides of course, and we have to not diminish their view.

It's usually religion, but actually disability rights activists have quite a strong voice, and certainly have in the U.K. I'm also gonna talk about assisted suicide, not assisted dying. That's partly because I think we should call it what it is.”

Using euphemisms and trying to deflect by making this a sectarian issue serves no-one well; certainly not the public of Victoria.