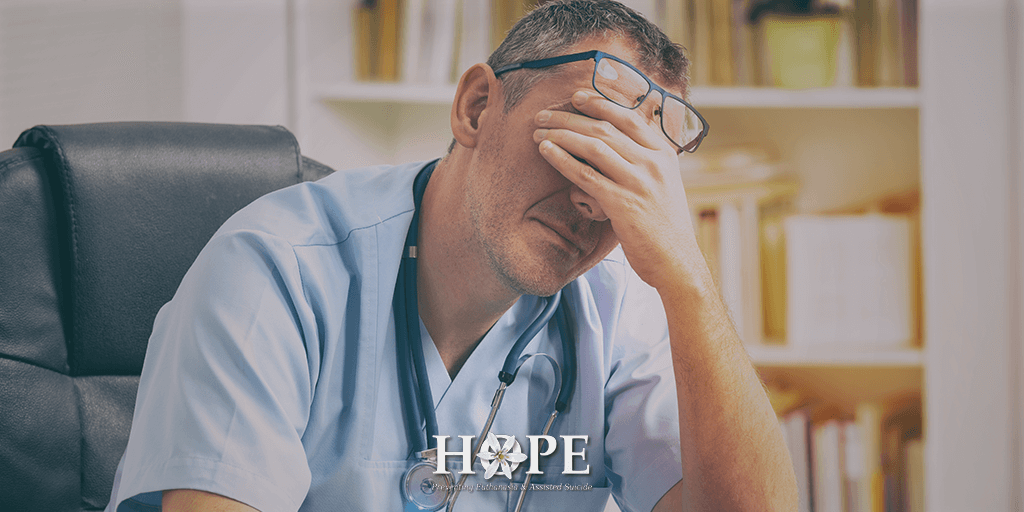 The Oregon Health Authority has released the latest round of statistics on assisted suicide, providing insights into the risks of the regime, particularly for the vulnerable.  The data has implications for the West Australian parliament. Here are three of the most shocking revelations:

The phenomenon of specialist death doctors

The statistics reveal that the median time of the patient-physician relationship for a patient who commits suicide with that physician’s assistance is 10 weeks, and the median time between the first request for assisted suicide and the ingestion of lethal drugs is 43 days.

What this tells us is that, for the most part, the doctors who are signing off on assisted suicide are not those who have an existing relationship with the patient, but those who are specially sought out to authorise a patient’s death and prescribe them with lethal drugs.  One physician alone wrote 35 prescriptions for death-inducing drugs in a single year!

This is especially concerning, particularly because the barrister tasked with drafting the assisted suicide laws was unsure how a GP might be able to identify coercion.  If a GP with whom a patient has an existing relationship can fail to identify circumstances where someone is being pressured to die, how can doctors who have just met the patient be expected to do so?  How can the WA parliament safeguard against the creation of an industry in which doctors become known for signing off on a patient’s death, and are sought out for that reason?

The data also reveals the reasons people give for requesting assisted suicide.  Patients are able to pick more than one reason.  The top five reasons given last year were:

These have consistently been the top reasons that people ask for death.  Notably, pain – or even fear of it – does not make the top five reasons people choose, even though it has been proposed as an option since the data collection began.

How will the WA parliament provide safeguards against these “social” reasons for euthanasia and assisted suicide?

An increasing percentage of patients who die under the assisted suicide regime are citing “financial implications of treatment” as a reason for asking for death.

Last year’s report showed that in the 20 years prior to the current report, an average of 3.7 per cent of patients said that finances were part of their reason for taking their own lives.  This year, the proportion of patients worried about being able to afford treatment sits at 5.4 per cent, 150 per cent of the average figure.  While the numbers might still be relatively small, it is alarming that the reports clearly show a trend towards finances being a consideration in making so-called end of life choices, and that now more than 1 in 20 victims of assisted suicide choose it because of financial pressure.

How will the WA parliament, which is currently considering an assisted suicide regime similar to that of Oregon, safeguard against financial pressures, particularly when the Joint Select Committee on End of Life Choices found that WA has the lowest number of publicly funded in‐patient palliative care beds per capita in the country, and that palliative care services are clustered in “areas of high socioeconomic advantage.”